“I am not overwhelmed, but I am definitely whelmed by this singular honour.” 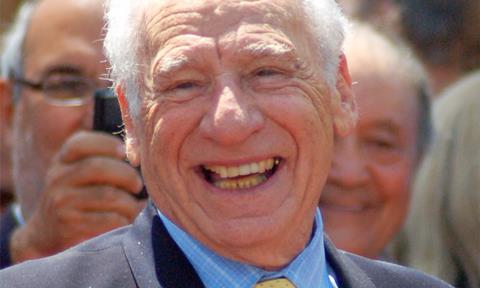 Mel Brooks will be honoured by the British Academy of Film and Television Arts (Bafta) with the Fellowship at this year’s film awards (12 Feb).

The Duke Of Cambridge will present Brooks with the honour, which recognises an outstanding and exceptional contribution to film, television or games.

Director, writer, actor and producer Brooks is one of only 12 people to win an ‘EGOT’ – an Emmy, a Grammy, an Oscar and a Tony Award – but he is most famous for his comedy films The Producers, Blazing Saddles and Young Frankenstein.

Mel Brooks said: “I am not overwhelmed, but I am definitely whelmed by this singular honour. To be included among such iconic talents is absolutely humbling. In choosing me for the 2017 Fellowship I think that BAFTA has made a strangely surprising yet ultimately wise decision.”

Amanda Berry OBE, Chief Executive of BAFTA, said: “Mel Brooks is a truly unique and multi-talented filmmaker. We are absolutely thrilled to award him the Fellowship, the highest honour of the evening, at this year’s EE British Academy Film Awards.”