EXCLUSIVE: UK distributor also secures Big Sur, We Gotta Get Out Of This Place, Almost Human, Enter Nowhere and The Battery. 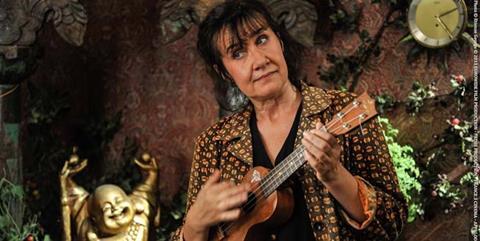 Also new to the slate are Michael Polish’s (Twin Falls in Idaho) Sundance premiere Big Sur, based on Jack Kerouac’s 1962 novel of the same name about the writer’s brief sojourns and romances at a cabin on the Californian coast. Kate Bosworth, Josh Lucas, Radha Mitchell and Jean-Marc Barr star.

Simon Hawkins and Zeke Hawkins’ We Gotta Get Out Of This Place is a crime-noir and stars Mackenzie Davis (Breathe In), William Devane (The Dark Knight Rises) and Jon Gries (Taken).

Set in a dead-end Texan cotton town, the film follows three teenagers who begin testing the limits of the law in an attempt to escape their banal existence.

All of the deals were negotiated by Metrodome’s head of acquisitions Giles Edwards.

The London outfit’s upcoming slate includes Before the Winter Chill, starring Kristin Scott Thomas, and Lukas Moodysson’s acclaimed We Are The Best!.