Mexico’s ‘I Am No Longer Here,’ Tunisia’s ‘A Son’ win at Cairo Film Festival 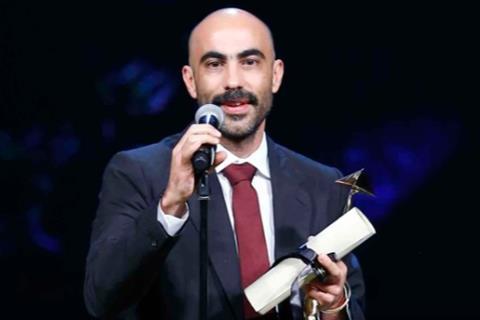 Immigrant drama I Am No Longer Here, from Mexican director Fernando Frias, has won the Golden Pyramid for best film at the 41st Cairo International Film Festival.

Frias’ timely drama centres on a Mexican teenager forced to move to the US after getting on the wrong side of a drugs cartel. Its young star, Juan Daniel Garcia Trevino, was feted with best actor.

Mindanao, from Philippine director Brillante Mendoza, was feted with two prizes. Judy Ann Santos won best actress for her performance as the mother of a young girl going through cancer treatment. The film was also awarded best artistic contribution.

In the separate Arab cinema competition, the winners were led by family drama A Son, from Tunisian director Mehdi Barsaoui. It picked up best Arab film and the special jury award as well as the UNFPA Award.

Iraqi filmmaker Mohanad Hayal won best director for Haifa Street – exploring sectarian violence in the heart of Baghdad – while Ali Thamer won best actor for his performance in the film.

The award for best non-fiction went to Lebanese Elie Kamal’s Beirut Terminus, a haunting reflection on his divided home city through the prism of a defunct railway line which once crossed Lebanon.

In the Cinema Of Tomorrow competition, focused on emerging Arab talent, Palestinian director Wisam Al Jafari, won the best short film prize for his work Ambience, capturing life in the refugee camp he calls home through the tale of a musician looking for a quiet place to record a track. Al Jafari was also feted at CIFF this year as one of Screen International’s Arab Stars of Tomorrow.

CIFF has recently been awarded Oscar-qualifying status by the Academy Of Motion Pictures Arts and Sciences (AMPAS) so the win means Ambience is now eligible for consideration in the animated and live action short film categories of the Academy Awards, without a theatrical run. The work will screen in Los Angeles on Dec 14 at a joint event organised by NewFilmmakers Los Angeles (NFMLA) and AMPAS.