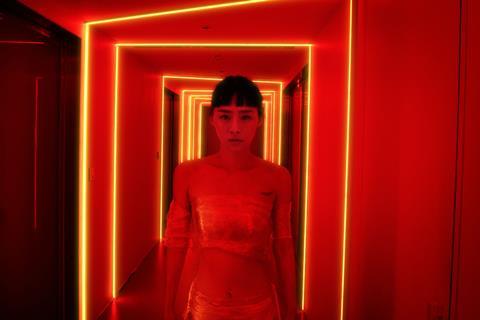 The Road To Manderlay director Midi Z has wrapped the $2m psychological thriller Nina Wu which is inspired by the Harvey Weinstein scandal and the launch of the #metoo movement.

Based on a screenplay by his muse Wu Kexi, the star of Midi Z’s four previous features, Nina Wu is a Mandarin-language psychological thriller and the first film by the Myanmar-born, Tawian-based filmmaker to shoot in Taiwan.

Wu plays a young woman who moves to the city to realise her dreams in the entertainment industry but is struck by a series of strange incidents including the disappearance of an actress who competes with her for the same role.

Nina Wu is an international co-production between Z’s Taiwan-based Seashore Image Productions, Joanne Goh’s Jazzy International in Malaysia, and Ko Yi Hung of Harvest 9 Road Entertainment in Taiwan. Myanmar Montage Film and Germany’s River Flow Studio are also on board, and the film has received subsidies from the Taiwanese government.

“Nina’s story is more than an actress’s experience of working in the film industry, but broadly reflects many difficult situations that countless women face in their work environment,” said Z of the film.

Vivian Sung and Kimi Hsia co-star in the film with Wu whose most recent credits include Yang Ya Che’s The Bold, The Corrupt And The Beautiful.

The Road To Mandalay, about two illegal Burmese workers in Thailand, first screened in International Film Critics Week at the Venice film festival in 2016 where it won the Feodora award for best film. Z went on to win the best director prize for the film at the Asia-Pacific Film Festival earlier this year.

His 2014 film Ice Poison, about drug addiction in Myanmar, won the best international film at the Edinburgh International Film Festival in 2014.

Z is also a documentary filmmaker with credits including Jade Miners, City Of Jade and most recently 14 Apples which premiered in the Forum at the Berlinale in February.