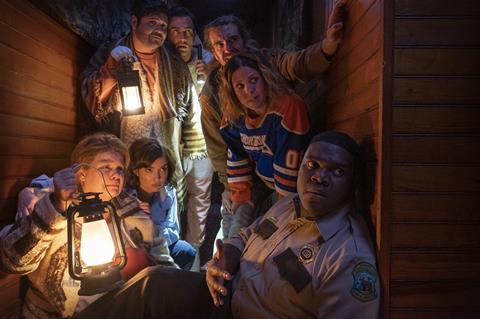 Mister Smith Entertainment’s David Garrett hailed a “renewed confidence in the marketplace” as he announced a raft of major territory sales from the virtual EFM on the completed title Werewolves Within.

IFC Films previously acquired North American rights to Josh Ruben’s (Scare Me) film based on Mishna Wolff’s (I’m Down) adaptation of the virtual reality video game and has set a June 25 US release.

Werewolves Within takes place at a snowbound inn in a small town where a forest range (Sam Richardson) and a postal worker (Milana Vayntrub) must keep the peace between trapped residents and uncover the mystery of a beast that has terrorised the community.

Mister Smith CEO Garrett said, “The fantastic response from international distributors is a sign of renewed confidence in the marketplace, and the eager anticipation of theatres re-opening soon. Werewolves Within is the kind of funny, engaging entertainment that audiences are yearning for after months away from cinemas.”