“Most of the people who harass me do not know me,” says Roman Polanski 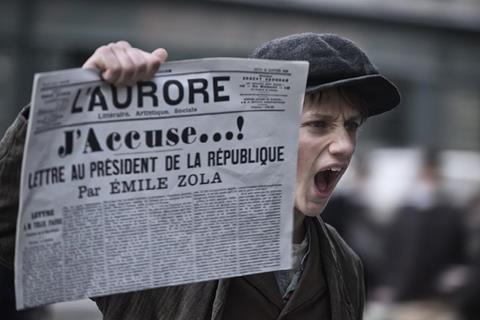 Roman Polanski has broken his silence around his expulsion from the US Academy last year in relation to 40-year-old sexual assault charges, ahead of the controversial premiere of his new film An Officer And A Spy ( J’Accuse) in competition in Venice.

In press notes for drama - about the real-life 19th century Alfred Dreyfus Affair in which a Jewish French officer was persecuted on trumped up charges of spying for Germany - Polanski said he sometimes saw parallels between his experiences and those of the film’s protagonist.

“Working, making a film like this helps me a lot,” said Polanski of his own life experiences, from surviving the Holocaust to the loss of his reputation related to sexual abuse charges.

He pleaded guilty to having “unlawful sex” with a 13-year-old child in Los Angeles in 1977 but then fled the US, fearing he faced a long prison sentence. The 86-year-old Paris-based director will not be attending Venice as Italy has an extradition treaty with the US, which could result in him being arrested and flown back to the US.

“In the story, I sometimes find moments I have experienced myself, I can see the same determination to deny the facts and condemn me for things I have not done,” he said in the notes. “Most of the people who harass me do not know me and know nothing about the case,” he said when asked about his recent experiences.

He dismissed the suggestion making the film had been a cathartic experience.

“I don’t work like that. My work is not therapy. However, I must admit that I am familiar with many of the workings of the apparatus of persecution shown in the film, and that has clearly inspired me,” he said.

However the director revealed the sense of persecution he felt began following the murder of his wife pregnant wife Sharon Tate by Charles Manson and members of his Manson Family cult in Los Angeles in 1969.

“The way people see me, my “image”, did indeed start to form with Sharon Tate’s death,” he said. ”When it happened, even though I was already going through a terrible time, the press got hold of the tragedy and, unsure of how to deal with it, covered it in the most despicable way, implying, among other things, that I was one of the people responsible for her murder, against a background of Satanism.

He said his subsequent film Rosemary’s Baby had fuelled the idea he was somehow involved in his wife’s death, until it was eventually proven that she was murdered by Manson and members of his cult.

“All this still haunts me today. Anything and everything. It is like a snowball, each season adds another layer. Absurd stories by women I have never seen before in my life who accuse me of things which supposedly happened more than half a century ago,” said Polanski.

Asked why did not fight back, the director replied: “What for? It’s like tilting at windmills.”