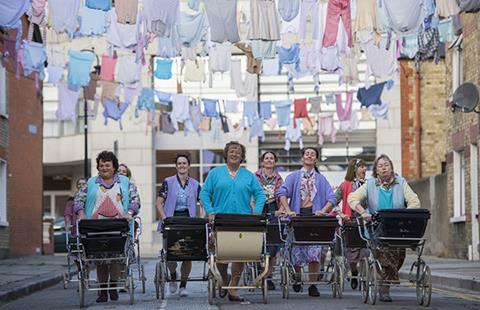 Joining the likes of The Inbetweeners on the list of successful TV-to-film outings, Mrs. Brown’s Boys D’Movie has debuted top of the UK box office.

Understandably, the film was strong in Ireland where it recorded the biggest ever opening weekend for a local film.

Now on full release in Scotland and Ireland with previews on Saturday and Sunday across the rest of the UK, How to Train Your Dragon 2 is off to a flying start at the UK box office.

Comparisons are tricky given the fragmented nature of the release, but How to Train Your Dragon posted a lifetime total of $29.6m (£17.4m) and the sequel looks well-set to surpass that.

It’s worth noting that How to Train Your Dragon 2’s weekend may be significantly lower than $4m (£2.4m) in the official chart, where it might be that only the Scotland and Ireland grosses are counted with its England and Wales previews added to its nationwide release on July 11.

With a drop of just 22% in its fourth weekend, 22 Jump Street has crossed the £15m mark at the UK box office.

Despite the arrival of family competition with Dragon, Maleficent fell a minimal 16% in its fifth weekend on its way to $1.4m (£817,000).

Disney’s live action reimagining of Sleeping Beauty has now conjured up $28.2m (£16.6m), and still has a great chance of hitting £20m.

That’s one of Jon Favreau’s lowest openings as a director, but it’s also his first film not aimed at a family audience since his debut Made.

Released in eight sites through Curzon Film World, Agnès Jaoui’s Under the Rainbow grossed $7,000 (£4,100) on its UK debut. That’s some way down on the openings of Jaoui’s previous directorial outings, but it’s worth noting that they all received slightly wider releases.

This week sees a saturation release for Warner Bros’ Tammy, while StudioCanal’s The 100-Year-Old Man Who Climbed Out the Window and Disappeared and Metrodome’s The Anomaly both receive wide releases.

Artificial Eye’s Cycling with Moliere and Metrodome’s Goddess are among the films receiving a limited release, while Wildcard’s Love Eternal is released in Ireland.