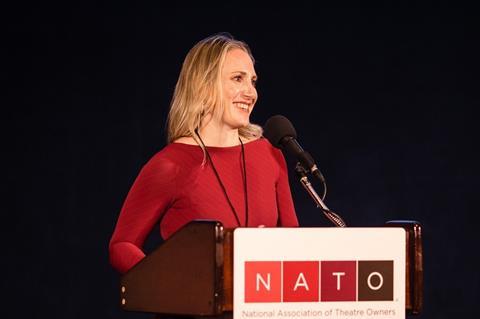 The National Association of Theatre Owners (NATO) has promoted Jackie Brenneman to executive vice president and general counsel, putting her in what the trade group called “a new ‘second-in-command’ position.”

Brenneman has served in a variety of capacities at the group since 2014, joining as manager of industry relations from Los Angeles law firm Foley & Lardner, LLP. Recently she developed and led the implementation of government relief programmes aimed at helping US exhibitors through the pandemic.

Halstead first joined the group’s government relations team in 2007 and later lead the NATO-affiliated Theater Owners of Mid-America group while continuing to act as a part-time strategy consultant to NATO.

NATO chairman Rolando Rodriguez, who is also chairman, president and CEO of Marcus Theatres, commented: “Jackie is poised to help lead the industry into a new era. NATO members, team colleagues and I have all been inspired through these difficult times by her keen intellect, strategic foresight, passion and tireless work ethic.”