The streaming giant has revealed eight Cannes acquisitions a day after it announced its first Indian original. 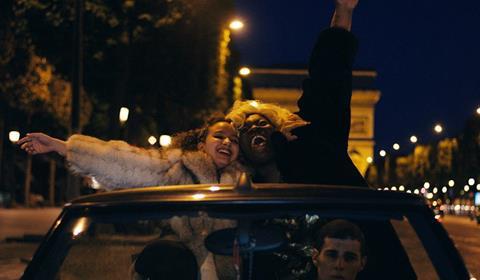 Described by Screen’s critic as a “tough, feisty disaffected youth drama”, the film stars Oulaya Amamra as a young woman who descends into a life of crime. It marks the first feature from French director Houda Benyamina and was produced by Marc-Benoît Créancier.

Divines will debut on Netflix worldwide in 2017, excluding France where it won’t appear until 2019 due to the territory’s windowing rules.

The film premiered in Cannes Directors’ Fortnight – winning the Camera d’Or for best directorial debut - and is amongst a host of acquisitions that Netflix has revealed following the festival.

Also on the list is Kleber Mendonca Filho’s competition title Aquarius, which Netflix has taken for the UK, North America, Asia, Australia and New Zealand, and Latin America excluding Brazil, with deals in the works for further territories.

Previously, Netflix struck a deal in Cannes for worldwide rights to upcoming thriller Wheelman, which will star Frank Grillo.

Meanwhile, Netflix has revealed that it is working on its first Indian original TV series.

Based on the best-selling novel Sacred Games by author Vikram Chandra, the English-language show is being produced in partnership with Anurag Kashyap’s Indian production house Phantom Films.

Set in Mumbai, the story looks at the city’s intricate web of organised crime.

Netflix launched in India in January this year.