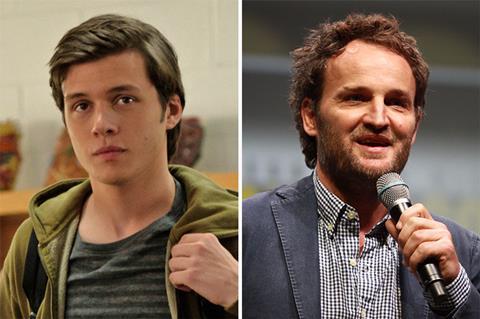 Jason Clarke will star opposite Love, Simon lead Nick Robinson in the true crime drama Silk Road, which Sierra/Affinity will launch at the EFM next week.

Silk Road focuses on Ulbricht and the ’Jurassic Narc’ who resolved to bring down the young kingpin’s billion-dollar empire.

Duncan Montgomery and Jack Selby are producing via High Frequency Entertainment alongside Alex Orlovsky and Elika Portnoy for Mutressa Movies, and David Hyman and Stephen Gans on behalf of Perfect Season Productions.

Orlovsky and Montgomery said, “Tiller Russell has an amazing voice as a documentary filmmaker & writer. Few understand the world of law enforcement and the modern criminal like him. Tiller will tell this story with the authenticity and energy that it deserves. The fact that we (Jack, Duncan, Tiller and Alex) have all known each other since we were second graders in Dallas, Texas makes this film additionally special to us. We all set out on different paths, and are thrilled to be making this film together now.”

Jonathan Kier, Sierra/Affinity’s president of sales and distribution, added, “Silk Road is a crime thriller for the digital age that will keep moviegoers in constant suspense. This unbelievable true story exhibits the consequences of what can happen when crime and connectivity collide.”

Clarke’s credits include Chappaquiddick, which Sierra/Affinity handled for international, as well as First Man, Mudbound, Zero Dark Thirty, Everest, and Dawn Of The Planet Of The Apes.

Robinson broke out in Love, Simon, and has a supporting role in recent Sundance entry Native Son acquired by HBO Films. His credits include Jurassic World and Everything, Everything.