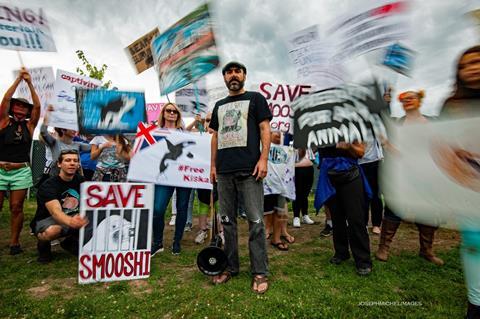 The Walrus And The Whistleblower

Nathalie Bibeau produced and directed the film about Phil Demers aka the ‘Walrus Whisperer’, a former animal trainer who is being sued by his former employer MarineLand in Ontario after blowing the whistle on what he claims to be animal abuse.

“The courageous battle that the film’s subject Phil Demers has been fighting, and continues to defend, is truly epic,” said Paszt, “and director Nathalie Bibeau champions this in a thought-provoking film that spotlights the important narrative. We are pumped to get more Canadian eyes on this captivating documentary.”

The Walrus And The Whistleblower was made in association with documentary Channel, and CBC Docs.

Gravitas will distribute in the US and is planning a day-and-date autumn release, and also holds international rights.

The audience award from Hots Docs means the film is eligible for consideration in the documentary Oscar category.

The Walrus and The Whistleblower was made in association with documentary Channel, and CBC Docs.