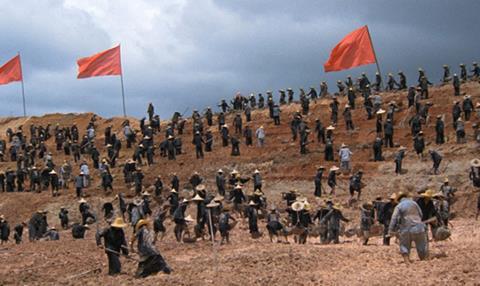 The Guild of British Film and Television Editors (GBFTE), of which Clark was a founding editor, released a statement describing Clark as a “likeable and respected man” who “will be missed especially by Laurence his wife.”

Additional credits included John Schlesinger’s Midnight Cowboy, on which he was a creative consultant, and more recently as editor for James Bond film The World Is Not Enough and Mike Leigh’s Vera Drake.

Clark detailed some of his colourful experiences in the well-received 2011 memoir Dream Repairman: Adventures in Film Editing.

Clark was the second British industry luminary to pass away last week, following news that revered British cinematographer Douglas Slocombe had died at the age of 103.

Slocombe, who racked up three BAFTA wins and some 80 credits, including the first three of Steven Spielberg’s Indiana Jones films, began his career in the 1930s and went on to make multiple visits to mainland Europe to capture footage of World War Two.