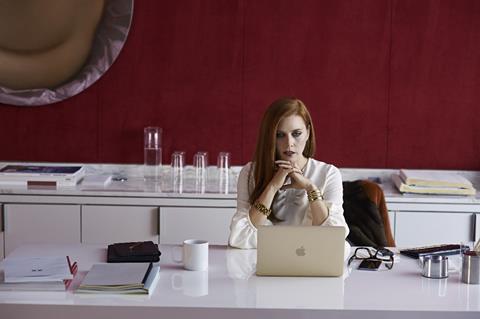 There were few major upsets to be found among the 2017 Oscar nominations, which were revealed online via live stream earlier today (Jan 24).

As predicted by many industry commentators, La La Land led the way with 14 nominations – a record-tying figure.

Of the films to underperform, Focus Features may be disappointed to see Tom Ford’s thrilling Nocturnal Animals score only a single nomination.

Michael Shannon’s nod in the supporting actor category over Hugh Grant for Florence Foster Jenkins was something of a surprise after the latter received Golden Globe, Screen Actors Guild and Bafta nominations.

In the leading actress category, Amy Adams for Arrival and Annette Bening for 20th Century Women were both overlooked, seemingly missing out to Isabelle Huppert for Elle and Meryl Streep for Florence Foster Jenkins.

The leading actor nominations were largely as expected. Tom Hanks, seeking his fifth Oscar nomination and third win, may be disappointed to miss out for his performance in airplane disaster film Sully. Viggo Mortensen was again rewarded in the category for his turn in Matt Ross’s Captain Fantastic.

Martin Scorsese’s Silence, also previously shut out by the Globes, registered a solitary nod for cinematographer Rodrigo Prieto. Jeff Nichols’s Loving was another to receive only one nomination, for lead actress Ruth Negga, while Ang Lee’s Billy Lynn’s Long Halftime Walk was entirely left out, as was Nate Parker’s The Birth Of A Nation.

Elsewhere, in a strong-looking animated feature category, Pixar’s Finding Dory was on the outside looking in, though Disney is still well represented by Moana and Zootopia.

Claude Barras’ French-language animation My Life As A Courgette is nominated for best animated feature, though the missed out on an unprecedented double-header by failing to register in the foreign language film field where Australian Nauvhal-language feature Tanna marked the country’s first nomination in that category.

Despite a late burst of momentum that saw it rumoured to be in contention for a best picture nod, Ryan Reynold’s superhero vehicle Deadpool failed to register a nomination.

Well-receievd British films to have missed out on a nomination include I, Daniel Blake and American Honey.