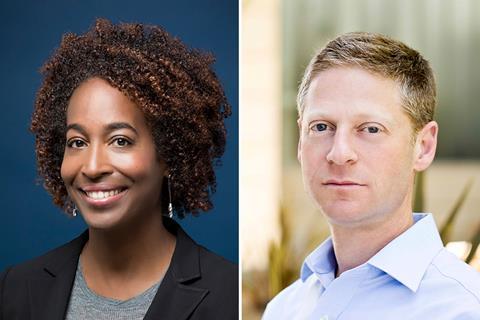 McLaren and Kessel with both have the title executive vice president of narrative film and report to Participant CEO David Linde.

Kessel has been with Participant, which focuses on film and TV designed to inspire audiences to social action, since 2013, most recently as senior vice-president narrative film, working on features including Green Book, Spotlight and the upcoming Dark Waters.

McLaren oversaw The Old Man and the Gun at Searchlight and in her previous job at Universal worked on Scott Pilgrim vs the World, The Bourne Legacy and other projects.

Linde commented: “I couldn’t be more excited to have Anikah and Robert running our narrative department during this exciting time for Participant. Robert has proven himself time and again to be an invaluable part of the company, and Anikah brings with her experience and passion we’d be hard pressed to find anywhere else. Together, they are the perfect team to lead this dynamic team in creating entertaining, socially impactful content for audiences to enjoy around the world.”

McLaren said: “Participant is the gold standard for entertaining and impactful filmmaking, and I am thrilled to be joining this incredible group of innovative and passionate executives in continuing that legacy.”

Kessel said: “For the past seven years, I have had the pleasure of working with incredibly talented filmmakers and colleagues, with whom I look forward to continue to work alongside in championing compelling storytelling with the potential for effecting lasting change.”