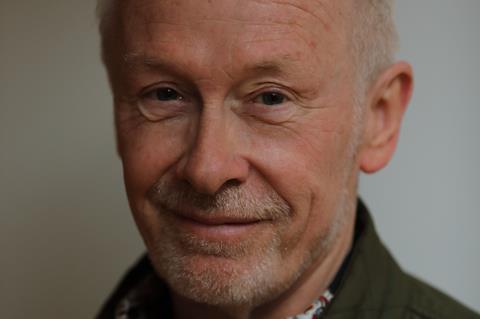 The annual two-day film financing event will be held online during the BFI London Film Festival where international filmmakers and financiers connect from across the globe through one-to-one meetings. The main strand accommodates feature film projects with budgets above €1m, while the New Talent Strand targets budgets below €1m.

Due to the Covid-19 pandemic, the PFM is taking place online for a second year.

Webster’s most recent film is Pablo Larrain’s Spencer, starring Kristen Stewart as Princess Diana and writtten by Webster’s frequent collaborater Steven Knight. It debuted in competition at the Venice Film Festival last month and is now playing in the BFI London Film Festival as a gala screening.

Webster, a former head of Film4 between 1998 and 2004, has made over 100 films as a producer and as an executive. His credits include The English Patient, Shakespeare In Love, Sexy Beast, The Motorcycle Diaries, Pride And Prejudice, and Radioactive. He won a Bafta for best film for Joe Wright’s Atonement in 2007 for which he was also nominated for an Oscar.

Webster runs Shoebox Films with Wright and producer Guy Heeley, through which he has made films including Knight’s Locke and Luxor and most recently Spencer. The latter is a co-production with Germany’s Komplizen Film.

The PFM is backed by the Mayor of London, the BFI London Film Festival and the Department for International Trade (DIT). It runs in partnership with Breaking Through The Lens, EAVE, MIFF 37 South, The Netherlands Film Commission, Ontario Creates IFF@TIFF and South Africa’s National Film & Video Foundation, and, for the first time this year, Estonia’sTallinn Black Nights Film Festival.