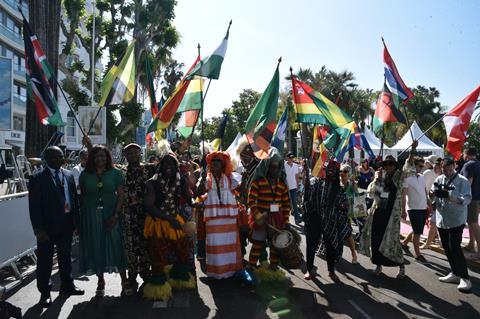 Representatives of the Pavillon Afriques on the Croisette

The organiser of the Pavillon Afriques predicted that a bigger African pavilion in the International Village in the future could translate to an elevated presence of African filmmakers in the festival.

“We want to encourage filmmakers to submit their films to the festival,” said Karine Barclais, founder of Pavillon Afriques. She suggested that if each African country submitted five films a year to the festival, eventually they would break through.

The Pavillon Afriques is a 100 square-metre site in the International Village that represents 10 Sub-Saharan African countries, including regional funds such as South Africa’s KwaZulu-Natal Film Commission. 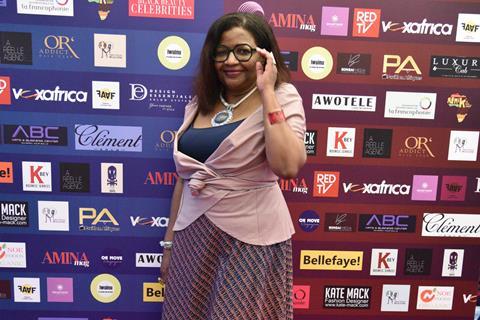 “What I’m trying to do is have the same countries come every year,” said Barclais. “To have a pavilion in the Village is difficult, because it’s full; someone has to say ‘we’re not coming’.”

Pavillon Afriques opened for the first time in 2019, after Saudi Arabia withdrew. It cost $90,000 for this year’s spot, out of a total budget of $500,000 for the trip, according to Barclais. In 2019, Barclais funded it from private sources; Nigeria-based broadcaster RedTV has sponsored this year.

Barclais is keen for African filmmakers and execs to come to Cannes and raise the profile of the industries of Sub-Saharan Africa.

“What I want [African professionals] to do is empower themselves. Come, participate in the [Pavillon’s] financing, help bring the press from [their] countries.”