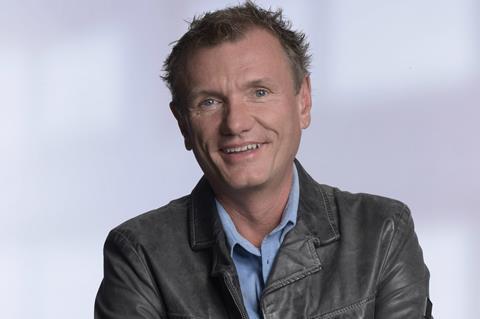 Well known international TV buyer Rudiger Boss is to leave ProSiebenSat.1 at the end of this year after more than a quarter century with the Germany-based European media group.

A familiar figure at international TV markets such as Mipcom and the Los Angeles Screenings, Munich-based Boss joined ProSiebenSat.1 in 1992. In 2007, he became responsible for negotiating the acquisition of licensed films and series for the group’s stations and video platforms. In that role, he has secured long-term licensing deals for the group with Hollywood studios including Warner Bros, Disney, Twentieth Century Fox, CBS, Paramount and Regency.

The ProSiebenSat.1 group includes Germany’s ProSeiben and Sat.1 networks and a dozen other channels in Germany, Austria, Switzerland and the US. It also encompasses production and distribution group Red Arrow Studios.

Commenting on Boss’ departure, ProSiebenSat.1 Media deputy CEO and general counsel Conrad Albert said: “Rudiger Boss defined an era at ProSiebenSat.1 – he was our man in Hollywood, he was the one who opened the doors to the major film studios for us. His instinct for the next big TV hit, his negotiation skills and his passion for movies are legendary. He brought all the major blockbusters and US ratings hits to Germany for us. And alongside all that, he was always a great colleague and friend. We thank Rudiger from the bottom of our hearts for these extraordinary years and wish him all the very best for his future.”

Boss said: “I look back at this quarter-century at ProSiebenSat.1 with fondness and gratitude and am incredibly happy that I was able to spend the majority of my professional life here. My biggest thank you goes to all the wonderful colleagues and partners. I am very proud of what we achieved together and the program milestones that we secured for our stations, from Four Weddings And A Funeral (one of my first purchases) to The Hunger Games and The Big Bang Theory. But now I’m taking a hint from the title of one of our most recent purchases: The Boy Needs Fresh Air. And after a short break I will get back in touch!”