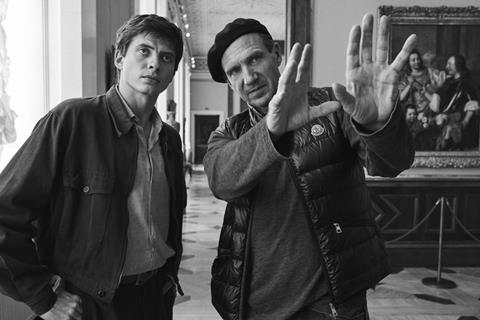 The distributor will put The White Crow through Sony for Latin America, Eastern Europe, Scandinavia, Asia (excluding China, Japan, and Singapore), and Benelux.

The White Crow charts how Nureyev plotted his flight in a game of cat-and-mouse with the Russian KGB. In an astonishing finale at Le Bourget airport in Paris, he leaps to freedom, and in so doing defines his destiny.

SPC’s Michael Barker and Tom Bernard worked with Fiennes on Spider, The White Countess, and Invisible Woman, which he directed.

“I’m really delighted to be reuniting with Michael Barker and Tom Bernard and the team at Sony Pictures Classics,” said Fiennes. “It’s been a huge challenge to make this film and there’s no question that with their vast experience with such a wide range of films, SPC is the right home for The White Crow. It’s great news.”

SPC added: “Ralph Fiennes has fully captured the times and early life of Rudolph Nureyev in the most thrilling way possible with the pulsing energy of the man himself. Also, The White Crow is especially timely.

“From Nureyev’s rich life experience in Russia and Paris to his suspenseful defection to the West, we are immersed in an authentic story we’ve never seen before. This is one of those rare movies that crosses so many borders culturally as a satisfying entertainment. We look forward to bringing Ralph’s movie to the public.”

HanWay Films MD Gabrielle Stewart said, “We are thrilled to be partnering with Sony Pictures Classics on the film. They have loved the project from the very start and The White Crow has all the hallmarks of a high-quality SPC release.”

The drama was developed by BBC Films and Gabrielle Tana, who also produces with Carolyn Marks Blackwood through Magnolia Mae Films, together with Fiennes through Lonely Dragon Productions, and François Ivernel through the French branch of his company, Montebello Productions.

Andrew Levitas produced and financed through his companies Metalwork Pictures and Rogue Black respectively. SPC brokered the deal with Stewart.