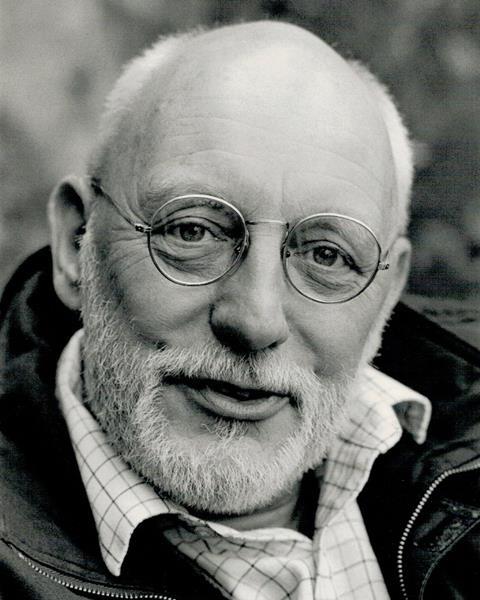 Film and theatre director Richard Eyre has paid tribute to his former collaborator, screenwriter and playwright Charles Wood, who died on February 1 aged 87.

“[Wood]  was one of the foremost screenwriters of the last 50 years,” Eyre told Screen. “He absolutely loved cinema.”

Born on Guernsey in the Channel Islands, Wood began his screenwriting career in the early 1960s and scripted films including Richard Lester’s The Knack… And How To Get It (1965), Beatles movie Help! (1965), Tony Richardson’s The Charge Of The Light Brigade (1968) and Mike Newell’s An Awfully Big Adventure (1995).

“He was a wonderful collaborator,” said Eyre. ”He was a very idiosyncratic writer. His choice of language and his use of rhythms were very much his own. His imagination was very, very vivid and very visual.

“Charles was a contemporary with John Osborne and Peter Nichols and knew them both very well. He was just very diffident. He was very shy. He didn’t like large groups. He was quite a solitary man.”

Eyre first worked with Wood on the 1975 play Jingo, about the fall of Singapore. “It was not a huge success,” Eyre recalls. “I don’t think it was the fault of the play but it was incredibly ambitious and, in some ways, was prescient. It foresaw a whole tranche of plays and books about the fall of the Empire.

“Charles’ writing was almost always about closed societies - the army, the British Empire, and he wrote a wonderful play about the theatre called Fill The Stage With Happy Hours, very much based on his parents’ lives as actors. He was just brilliant at writing about private languages and [he was] very, very English.”

Eyre suggested Help! director Richad Lester warmed to Wood’s writing “because it had so much energy about it…it was kinetic. It wasn’t conventional, prosy writing with its feet on the ground.”

He added: “There is no writer who has chronicled the experience of modern war with so much authority, knowledge, compassion, wit and despair, and there is no contemporary writer who has received so little of his deserved public acclaim. A wonderful writer and a wonderful man.”

UK film historian, filmmaker and Oscar winner Kevin Brownlow, who was supervising editor on The Charge Of The Light Brigade, also paid tribute to Wood’s work on the film.

“I was very impressed with [Wood],” he told Screen. “I saw [Charge Of The Light Brigade] hundreds of times and I never tired of hearing his dialogue. It had a certain element to it I found absolutely thrilling. Part of it was getting the Victorian dialogue but also the military side of things was superbly done. I always thought that picture was extremely good and I was very sad in the way it just faded out.”

Wood is survived by his wife Valerie Newman and daughter Kate Wood, also a screenwriter.