The CEO of the French studio’s Tandem Productions will lead all production and co-production television activities in the US, it was announced on Monday. 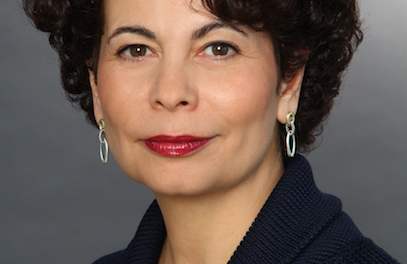 StudioCanal CEO Didier Lupfer said Bauer’s responsibilities as a StudioCanal executive had been expanded to include working with and coordinating activities for the company’s production and partnership companies’ scripted formats and co-productions in the US as well as exploring synergies with Universal Music Group.

Bauer will also be responsible for strategic alliances with writing / show-running talent in the US for the studio’s television division. She reports directly to Romain Bessi, COO and head of TV series at StudioCanal.

Katrina Neylon, StudioCanal’s evp of TV sales and marketing, will handles US sales and reports to president of international distribution and marketing Rodolphe Buet.

LA-based Gina Marcheschi, who joined Tandem Productions as evp of development last July, will support Bauer to cultivate their contacts with creative talent and studio and broadcaster executives in the US for the studio’s production and partnership companies.

“Given Rola’s experience and contacts in the US, it was a logical decision that she take a more active role on behalf of all of our production and partnership companies’ scripted projects,” said Lupfer.

“Rola’s long-standing relationships and deep understanding of the US market is an asset that StudioCanal values and from which the entire television business unit can benefit.”

Bauer launched Tandem in 1999 and her recent credits include Spotless, which debuted on NBCUniversal Cable’s Esquire Network and an executive producer role on Crossing Lines season three, which is rolling out worldwide.