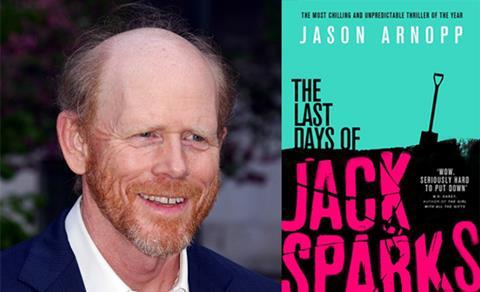 Ron Howard’s production outfit Imagine Entertainment has optioned novel The Last Days Of Jack Sparks with a view to adapting it as a feature film.

British author Jason Arnopp has been hired to adapt the screenplay of his own 2016 debut.

The plot follows titular pop culture journalist Jack Sparks who is researching a book on the occult. After sparking a Twitter storm by mocking an exorcism, Sparks is found dead in mysterious circumstances.

“His journey into the supernatural and his clashes with those forces and with himself are hilarious, disturbing, exciting and surprising as hell. I couldn’t put the book down and I believe it will be a blast for audiences to experience the movie version.”

It is unclear at this stage whether Howard will direct the film, but a spokesperson for Imagine told Screen that the two-time Oscar-winning director was “very excited” about the project.

Arnopp, who previously wrote the screenplay for 2011 horror Stormhouse, added: “Ron Howard is a living legend, so it’s absolutely wonderful to see the director of Apollo 13, The Da Vinci Code and Frost/Nixon place so much faith in The Last Days Of Jack Sparks.

“Ron and his ingenious production wizards have been a joy to deal with and I’m having a blast writing the script. I know the late Jack Sparks would feel his posthumous book is being ferried towards the silver screen by exactly the right people.”

Howard’s other recent credits include Bafta-nominated Beatles documentary The Beatles: Eight Days A Week and Chris Hemsworth-starring nautical drama In The Heart Of The Sea.