Rotterdam film festival opens with talk of propaganda and feminism 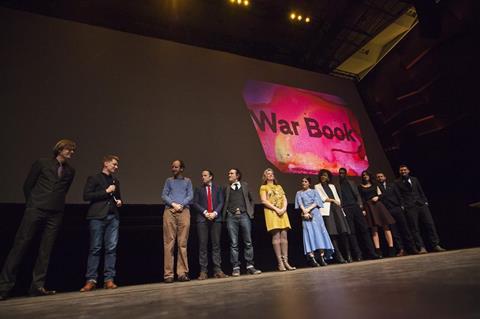 At a packed opening ceremony, festival director Rutger Wolfson - in his final year at the helm - welcomed some well known names to the Festival, among them South Korean director Jang Jin (subject of a special focus), Canadian artist and filmmaker Michael McClure and Romanian artist Irina Botea. Both McClure and Botea will also be the subjects of special programmes.

Wolfson used his speech to highlight the key themes in his final festival programme. In particular, he drew attention to the subject of propaganda, which is being explored in IFFR’s Everyday Propaganda sidebar of screenings and talks.

He said: “In these times of social unrest and digital revolution, it seems almost everyone is eager to produce, receive and spread propaganda messages. Simple messages that reduce the complex reality of our times. Messages that aim to clarify, define and determine the world around us.

“In Everyday Propaganda, we will take a closer look at how these new forms of propaganda work.”

Next week, as part of the strand, Russian protest band Pussy Riot will visit the festival to preview their latest film. War Book is also included in the programme.

Another of the festival’s main sidebars is What the F?!, exploring ‘what defines feminism today.”

“It seems that feminism is no longer a strict dogma but rather a popular, individual and quite interesting mix of ideas and ideologies,” Wolfson suggested.

Festival MD Janneke Staarink used her speech to trumpet IFFR’s new distribution initiative, Tiger Release, which will offer all filmmakers with a feature in IFFR the opportunity to release their work directly onto worldwide VoD platforms.

Staarink described Tiger Release as “a platform where filmmakers (or the rights holders such as producers and sales agents) have complete control over the place and time of their release” as well as a guarantee of the best possible share of the earnings.

The idea eventually is for Tiger Release to work with all major VoD platforms such as Netflix, iTunes and Google Play and to supply digital distribution services for cinemas, theatres, broadcasting and Video on Demand platforms. The new scheme is being hatched in partnership with Dutch company Infostrada Creative Technology.

Another new scheme highlighted by Staarink in her speech was IFFR Live, a pan-European cinema event through which five films will premiere at the festival, and simultaneously in 40 theatres throughout Europe, including cinemas in Barcelona, Belgrade, Maastricht, Warsaw, Glasgow, Amsterdam, Lubljana and Sarajevo.

The films can also be seen by Dutch viewers at home through broadcaster KPN, on Channel 37.

With the kind of arthouse cinema that Rotterdam traditionally champions facing an ever greater struggle for exposure and attention outside festivals, it was little surprise that the new distribution initiatives were greeted with considerable enthusiasm.