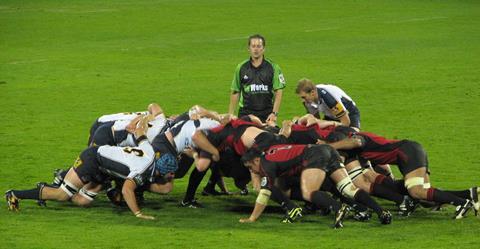 Motion Picture Capital is to develop biopic Code Of Honour, a sports story based on the life of rugby player Ady Spencer.

The production company has hired upcoming screenwriter David Raymond to write the treatment for the film. Raymond most recently wrote the mini-series In Harm’s Way about UN peacekeepers, which is set to be produced by Brett Ratner’s RatPac Entertainment.

This new script will be based on the controversial events that saw Spencer banned from rugby union after he appeared for Cambridge University in the Varsity Match against Oxford University, despite having previously already played rugby league at professional level with the London Crusaders.

The film will be developed and produced by the CEO of Motion Picture Capital, Leon Clarance, whose credits include Come and Find Me (starring Aaron Paul) and Netflix series Sense8 which was co-created by the Wachowskis (The Matrix).

Clarance said: “I’ve always been fascinated by Ady’s life achievements and what it meant for the sport despite the controversy. As a contemporary undergraduate at Cambridge, fellow Blue, and Hawks’ Club member, I’ve always wanted to tell Ady’s story. Ady was as an undergraduate and that larger-than-life character every Cambridge sportsman wanted to be. Having the opportunity to bring it to the big screen for everyone’s benefit is a very exciting journey I’m delighted to take with the talented David Raymond.”