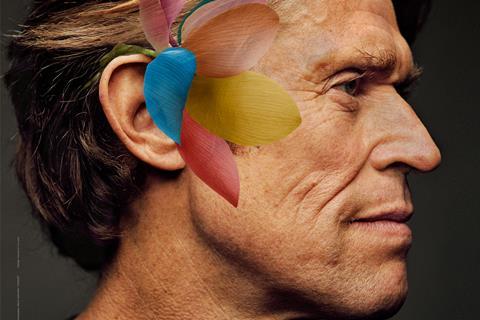 As the Donostia-San Sebastian International Film Festival kicks off in Spain, the festival is ensuring its industry activities are available online to those international delegates who are not able to travel this year.

“It is very important to continue maintaining the industry activities. They have been a fundamental part of our festival for years now and also San Sebastian is a bridge between Latin America and Europe, which has to be preserved,” explained festival director Jose Luis Rebordinos.

The Industry Office, headed by Saioa Riba and Esperanza Luffiego, has a busy slate of online activities from Sept 18-26, as well as hosting the usual Industry Club meeting space the Kursaal.

One industry event that will happen in person as well as online (Sept 22-24) is the popular works in progress showcase. As Rebordinos explained, “There is the possibility of accessing our Works in Progress (WiP LAtam and WiP Europe) both online and physically because the European industry, which is significant too, is in San Sebastian; and, although they are unfinished films (without image and sound post-production), it is better to watch them in a cinema than on a small screen.”

The WIPs are divided into Latin American projects and European ones. The works in progress from Latin American are Federico Adorno’s Boreal (Para-Mex), about a Mennonite Leader; Manuel Nieto’s The Employer and the Employee (Uru-Arg-Br-Fr) about a boss struck by a personal tragedy of one of his workers; Maximiliano Schonfeld’s Jesus Lopez(Arg-Fr), about a teenager who idolizes his racing driver cousin; Juan Sebastian Mesa’s The Rust (Col-Fr), about a young man living on a coffee plantation; Jeronimo Quevedo’s The Fossilized Remains (Arg) about young militants in Buenos Aires and beyond; and Ivan Fund’s Dusk Stone (Arg-Chile), about middle-aged friends visiting the coast who hear the locals’ rumours about a strange creature.

Creative Europe Media is hosting the European Film Forum on the afternoon of Tuesday September 22; it can be streamed online for the first time.

Further industry talks and discussions will welcomeUS screenwriter, producer and director Aaron Sorkin; Mexican producer Francisco Ramos, who is VP of Spanish-Language Originals for Netflix in Latin America; US producer and recent Amazon executive Ted Hope; and sound designer Marc Orts, who is creative director of sound for Deluxe.

The Zinemaldia & Technology conference will be held online on September 25, including pitches from the five companies in the Startup Challenge.

The Parenting at Film Festivals initiative will not offer onsite childcare this year due to the pandemic, but the El Globo Rojo will offer online free activities for kids of many ages whose parents are busy working at San Sebastian.

San Sebastian has also partnered on the physical market taking place at the Zurich Film Festival from September 25-28.