Three Spanish titles will compete for this year’s Golden Shell. 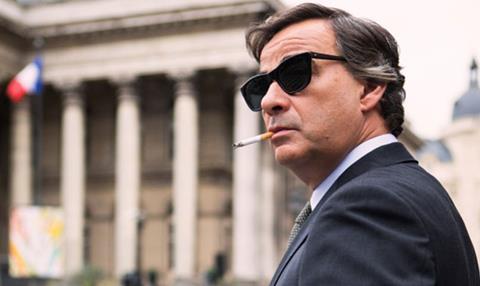 This 64th San Sebastian Film Festival (Sept 16-24) has revealed the line-up of Spanish titles that will play across its sections.

There will be a total of 15 Spanish-produced films on show, including four shorts.

Competing for the Golden Shell – the festival’s top prize – will be Alberto Rodríguez’s El Hombre De Las Mil Caras (Smoke And Mirrors), Rodrigo Sorogoyen’s Que Dios Nos Perdone (May God Save Us) and Jonás Trueba’s La Reconquista (The Reconquest), all of which are world premieres.

Rodrigo Sorogoyen presents his third feature Que Dios Nos Perdone (May God Save Us) – following 2013’s Goya-nominated Stockholm – which tells the story of a detective duo hunting a serial killer in Madrid while the city anticipates the arrival of the pope.

Jonás Trueba, a Goya nominee for his 2010 film Todas Las Canciones Hablan De Mí, is presenting his fourth feature, La Reconquista (The Reconquest), a romantic drama about a man and a woman who try to reignite their love after 15 years apart.

Elsewhere in the programme, Pablo Larrain’s Cannes premiered Neruda (a Spanish co-pro), about a detective who hunts down the Nobel Prize-winning poet Pablo Neruda, will play in the Pearls section, dedicated to films that have had success at other festivals but have yet to receive a Spanish release.

As announced last week, J.A. Bayona’s A Monster Calls, starring Felicity Jones, Sigourney Weaver and Liam Neeson in the story of a boy who makes friends with a tree monster, will receive its European premiere out of competition at San Sebastian following its world premiere in Toronto. Bayona’s The Impossible also had its European Premiere at San Sebastian in 2012.

Sigourney Weaver will also be presented with a Donostia Award, the festival’s honorary prize, which in recent years has been awarded to Emily Watson, Benicio Del Toro and Denzel Washington.

The festival will also host the premiere of Kalebegiak, a collection of 12 vignettes that celebrate the city of San Sebastian as the 2016 European Capital of Culture.