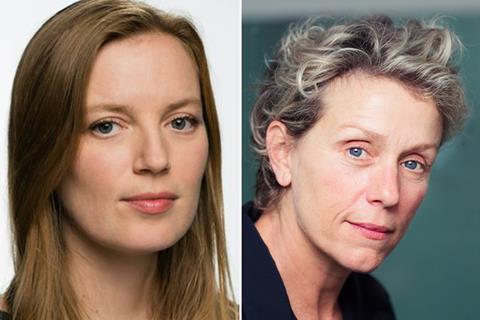 MGM’s Orion Pictures and Plan B have signed Sarah Polley to write and direct a feature adaptation of bestselling novel Women Talking, with awards favourite Frances McDormand to star.

McDormand, who first acquired rights to the book, will also produce through her Hear/Say production company. The film will be released theatrically in the US through MGM’s distribution and marketing joint venture United Artists Releasing.

McDormand most recently starred in Chloe Zhao’s awards front runner Nomadland, as well as Joel Coen’s The Tragedy Of Macbeth and Wes Anderson’s The French Dispatch.

Polley most recently executive produced and wrote Netflix limited series Alias, Grace. She made her directing debut on Away From Her, for which she was Oscar nominated as screenwriter.

Written by Miriam Toews and published in 2018, the acclaimed Women Talking follows a group of women in an isolated religious colony as they struggle to reconcile their faith with a series of sexual assaults committed by the colony’s men.

MGM Film Group chairman Michael De Luca, Film Group president Pamela Abdy and Orion Pictures president Alana Mayo said: “We are thrilled to continue our relationship with Plan B with Women Talking. Sarah and Frances collaborating to bring this incredible book to life on the big screen is something we are excited to be part of.”