Sarajevo Q&A: Emin Alper on how politics in Turkey shaped ‘A Tale of Three Sisters’

Turkish filmmaker Emin Alper is in Sarajevo Film Festival’s competition this year with his third feature, A Tale of Three Sisters. The film had its world premiere in the Berlinale competition and went on to sweep the Istanbul Film Festival awards, picking up five prizes including best film, director, music, the FIPRESCI Prize, and shared best actress prize for its three leads, Cemre Ebuzziya, Helin Kandemir and Ece Yüksel. 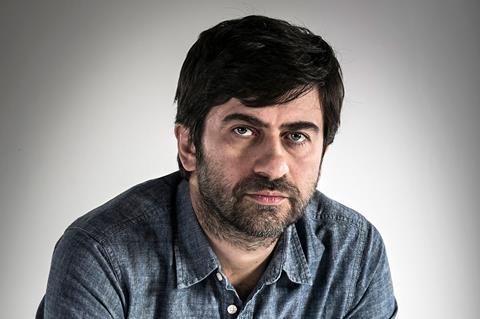 Set in a stagnant and gloomy village in the 1980s, the film follows Reyhan, Nurhan, and Havva, three sisters were sent to be ‘besleme’ (foster child and maid). After they fail their foster parents for different reasons, they are sent back to their father’s house in their poor village. Deprived of their dreams of a better life, they try to hold on to each other.

Screen’s review called the film “a quirky, striking work with impressive production values and an evocative teeter between fairy-tale and ethnographic realism, A Tale Of Tree Sisters may turn out to be Alper’s most exportable film to date.”

You are not a filmmaker by education, so how did you get into making movies?

I studied economics at the Bosporus University, however, I never really intended to be an economist. My dream was to be a playwright and director. And then I slowly changed my mind as I was fascinated by films, and I decided to be a filmmaker at the beginning of my university years. I was an active member of the film club of the school. We watched films, discussed them and even published a magazine. This club was a kind of school for me, where I did my self-education.

Both your previous films were co-productions between two countries, but now there are four countries involved. How did they get on board, and did you participate with the project at any co-production markets or development programmes?

The collaboration with our co-producers mostly started at development programmes: Nipkow in Berlin, MIA at the Rome Film Festival, Rotterdam’s Cinemart, Antalya Film Forum, etc. The most important benefit of these programmes is that they give you the opportunity to meet with other producers and distributors. Moreover, these programmes are significant since you have to present your project to people and then you can clearly see its weakest sides. The short time allocated to tell the story can help you to get the core idea. So it suddenly crystallises in your mind. And after our co-producers were involved, we discussed the script, and we discussed the editing process. Our co-producers gave very valuable ideas.

What were the biggest challenges in making this film, from writing the screenplay to its premiere at the Berlinale?

The biggest challenge was the financing part. This project could not get the support of the public fund of the Turkish Ministry of Culture, despite the success of my previous films. Not surprisingly, the decision was political.

Everything radically changed after the failed coup of 2016 in Turkey. The opposition figures were completely excluded from the public funds. Since we could not get it, the path to co-productions and Eurimages seemed closed to us. However, thanks to the flexible decision-making processes of the Dutch Film Fund, Berlin-Medienboard and the Greek Film Center, they supported our project without a firm public fund at home.

We guaranteed a base investment by a well-known Turkish production firm, Nu Look, and European public funds trusted us (by looking at my and my producers’ earlier works of course) and decided to support us in the absence of a public fund.

Eurimages showed the same flexibility. Obviously, these decisions were also influenced by their recognition of the political situation of my country. So it was also a sign of support and solidarity to us. We are really grateful to them.

Where does the story come from and what is it that interested you the most of its various aspects - the besleme tradition, a women’s position, the yearning for better life (preferably in the city)…? 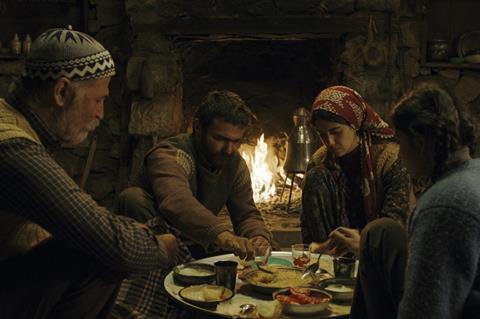 ‘A Tale Of Three Sisters’

I grew up in a town where the besleme tradition was quite widespread. The girls from the poor countryside families were being adopted by richer families in the town. However, this was not a real adoption, since these girls mainly did housework to help the mother of the family. Although they were a kind of second-class daughters in the new family, most of them did not want to go back since the opportunities in town were better and the probability of having a better marriage was higher.

I always found the position of these girls very ambivalent and touching. To observe their life and experience told me a lot about gender and social inequalities. I thought that through their story I could tell many things about these inequalities and especially about the feeling of yearning for a better life.

During a period when my friends and I were thinking about leaving Turkey, I found a resemblance with our situation and the sisters of my film. Should we go to Europe where the life is freer and better but where we could never be in the same position as we are in our country? This question haunts the minds of all immigrants, I believe. So I wanted to tell the story of these girls as it gave me the opportunity to talk about many universal feelings and social problems.

Although it is a tragic story, and all the characters live hard lives, there is plenty of humour and an otherworldly atmosphere - how did you combine those?

It was mostly established in the script. At the beginning the humour of the film arose by itself, organically during the writing process. However, then I realised the comic potential of the script and developed it more during the re-writing.

It happened the same way for the otherworldly atmosphere. The mystic and superstitious elements were already there in the daily life of the villagers. It would automatically come out when they started speaking. Then I just strengthened them during the re-writing process.