An independent report commissioned by the Sarajevo Film Festival last year to analyse the event’s impact in the Bosnian capital has revealed that the festival generated an estimated BAM 10.3m ($6.1m) in total output in 2017. 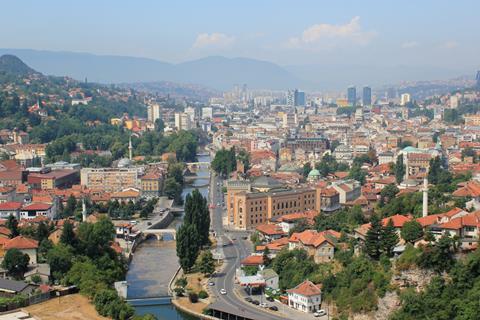 The study, undertaken by consultancy Olsberg SPI, analysed the festival’s presence through social, cultural and economic lenses. The company conducted numerous confidential consultations during Sarajevo’s 2017 edition, with more than 1,000 responses from attending audience and industry.

It found that the festival generates “significant economic impacts for the city of Sarajevo, and for Bosnia and Herzegovina”. This included BAM 4.49m ($2.7m) of direct output from the festival, which generated BAM 508,531 ($303,579) in gross added value for the city and supported 28 full-time employees, rising to 250 people when part-time workers are included.

The festival’s impact on tourism in 2017 saw “around 10,000 foreign visitors” journey to Sarajevo for the event, collectively spending an estimated BAM 51.6m ($30.8m).

Sarajevo has become a key destination for the international film industry with its industry programme, CineLink, hosting a respected annual co-production market, featuring a work-in-progress showcase and a series focus among its events. A total of 1,100 delegates attending CineLink last year.

The report added that “much of this tourism is driven by the publication of the Festival in the international media; in 2017, this amounted to 398 total pieces of content”.

It also estimated that for every Bosnian Mark put into the festival, it generates BAM 2.11 ($1.3m) of total taxation.

“Through its activities, the SFF has significantly altered the perception of Bosnia and Herzegovina, both as seen domestically and from abroad. This was noted repeatedly in both consultations and the survey, with the Festival placed alongside key events in the city’s history – such as the 1984 Olympics – in terms of cultural importance to Sarajevo and its population,” the reported concludes.

“The SFF is a critical driver of tourism to Sarajevo, as the economic figures demonstrate, and this tourism impact, combined with the Festival, generates an atmosphere within the city which is not replicated at any other time of year.”

Its key recommendation for the event’s future is to increase the festival’s presence in East Sarajevo, which it says would create a larger impact “in terms of cultural politics”.