Filmmakers and broadcasters were presented with an intriguing selection of topics. 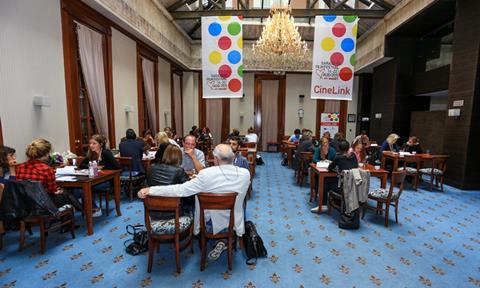 Sarajevo Film Festival’s True Stories Market returned in 2017 to offer filmmakers, producers and broadcasters the opportunity to be introduced to important topics and interesting stories from the region.

The now completed film is screening in Sarajevo this week and will premiere on Al Jazeera English on September 15, followed by a broadcast across all of the network’s channels.

The documentary tells the story of a Bosnian man who spends his days wandering through the woods around Srebrenica in search of human remains. Over the past 22 years, his discoveries have led to the identification of 250 Srebrenica massacre victims.

“We made the film in the way that it can communicate with the whole world,” producer Djani Hasečić told Screen. “It has been 22 years since the war and people are still looking for the remains of their loved ones. We know they exist, but we do not know anything about them. This way, we are giving them a voice.”

Overview of the 2017 stories

One story presented by BIRN looked at the policemen from the Republic of Srpska, the Serbian part of Bosnia and Herzegovina, who deserted from the war and escaped to Serbia. After being arrested and returned to Bosnia, they took part in the Srebrenica massacre.

Another presentation from BIRN detailed the Slovenian mercenary Franc Kos, currently in prison, who fought in the Bosnian War on all three sides, depending on who offered the most money: first for the Croatian forces, then for the Bosnian ones, only to end up in the Serbian army’s 10th Sabotage Detachment, which infamously carried out the Srebrenica massacre.

Another BIRN presentation originated from the Belgrade-based Humanitarian Law Centre and was also connected to the Srebrenica massacre. The organisation discovered that at least 30 people survived the event, managing to escape into Serbia, though upon arrival they were arrested by Serbian border guards and sent back to be executed.

A further story presented to the audience came from the Centre for Civic Education based in Podgorica, Montenegro, and detailed the island of Mamula, which was used as a Nazi concentration camp during the Second World War and is now being transformed into a luxury hotel.

The Helsinki Committee for Human Rights in Serbia then presented the story of the art colony Serbia and Kosovo: Intercultural Icebreakers, where artists are trying to connect young people from both countries and give them a glimpse of what life is like on the other side of the border.

Finally, the Bosnian Medica Zenica humanitarian organisation detailed a case of a victim of war rape, now 54 years old, who struggled for years to get her status and benefits recognised.

The 2017 edition was hosted by Robert Tomić Zuber, Croatian journalist and filmmaker.

“If you are truly hooked on a story, you can’t run away from it. It keeps coming back to you, you don’t feel complete if you haven’t finished it. As a filmmaker, you have to decide why you want to make this film, and in which way. And then you start working on it, and you forget about the society until the film is released. You will have problems getting public funding, so you have to find new ways to do it, but this is the duty of a documentary filmmaker,” commented Zuber.