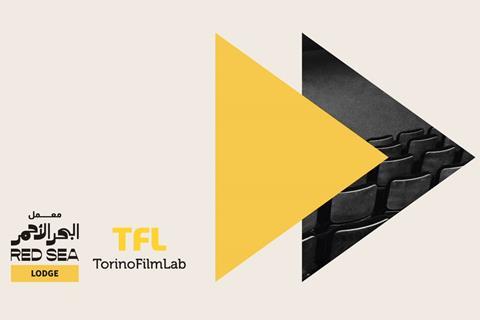 Saudi Arabia’s Red Sea International Film Festival has unveiled the 12 projects that will participate in its 2021 Red Sea Lodge project lab, which is organised in collaboration with the TorinoFilmLab.

Six of the projects are Saudi while the other projects hail from Egypt, Jordan, Kuwait and Lebanon.

Half of the projects are directed by women including Saudi director Dalyah Bakheet’s The Photographer Of Madina, based on the true story of a female photographer who opened the first studio for women in Saudia Arabia, and Jordanian filmmaker Zain Duraie’s The Sea Needs to Heave, about a woman whose gifted teenage son develops psychological problems.

The participants will convene four times digitally with hopes of a final in-person meeting for an industry pitching event during the inaugural Red Sea International Film Festival, which is scheduled to run in Jeddah in November 11 to 20.

An independent jury will award two projects production grants of $100,000. Those two completed films will have the opportunity to world premiere at the Red Sea International Film Festival in 2022.

They were supported by a team of readers, including producer and director Faisal Alharbi and producer and script consultant Deema Azar. Saudi producer Jumana Zahid leads the festival’s development program as manager of the Red Sea Lodge.

Fiery Eyes
Dir/scr: Abduljalil Al-nasser
Prod: Ayman Jamal
Set in the 1940s, amid the vast deserts of the newly established Kingdom of Saudi Arabia, Batla finds herself in a tense conflict with the men of her tribe after her husband goes missing.

Raoya – The Bookkeeper
Dir: Mahmoud Zaini
Scr: Ieva Radina
Prod: Omar Mugeem
It’s the 12th century, and the Mongol empire is expanding across the world. During the siege of Baghdad, a young girl finds herself trapped in a strange world inhabited by flightless birds.

The Photographer of Madina
Dir: Dalyah Bakheet
Scr: Afnan Bawyan
Prod: Saleem Homsi
Based on the true story of Khadija, a female photographer from Medina who opens a studio for women, the first in Saudi Arabia.

Within Sand
Dir: Moe Alatawi
Scr: Moe Alatawi
Prod: Mohammad Alghamdi
Snam, a 23-year-old tobacco merchant, is ambushed by thieves in the desert, leaving him with only a dagger. He encounters a lone wolf on his desperate search for a way home.

Zeba
Dir: Abrar Abdulaziz
Scr: Bashayer Abdulaziz
Prod: Bakr Alduhaim
In 1938, at the port of Jeddah, three generations of women journey towards Mekkah, much to their Afghani family’s chagrin.

The Zarqa Girl (Jordan)
Dir: Zaid Abu Hamdan
Scr: Zaid Abu Hamdan
Prod: Ahmad Abu Koush
In Zarqa, Jordan, an abandoned girl grows up to become the biggest and most feared thug in the city. Based on a true story.

Seeking Haven for Mr. Rambo (Egypt)
Dir: Khaled Mansour
Scr: Mohamed El-Hosseiny
Prod: Rasha Hosny
30-year-old Hassan lives with his mother and Rambo, his dog and only friend, in an old and impoverished Cairo district. After a neighbour proposes a dogfight, Hassan must flee with his trusted companion.

Road 250 (Kuwait)
Dir: Haya Alghanim
Scr: Haya Alghanim
Prod: Nadia Ahmad
After years of living abroad, Dima, the daughter of a diplomat, returns to Kuwait, where she has to adapt to her new surroundings and classmates in an all-girls school.