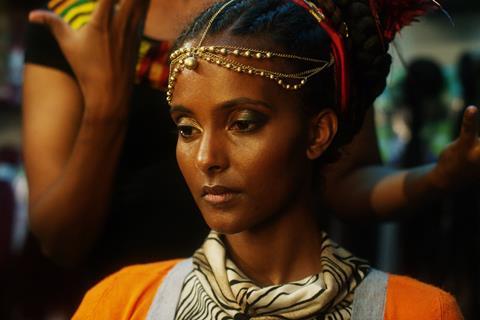 Running within the framework of its larger parent festival, which will also mark its first edition this year from December 6-15, the souk will focus on Arab and African filmmakers and will feature a project market, work in progress screenings, an exhibition space and an industry talks programme.

Lebanese-French director Wissam Charaf’s Beirut-set romantic drama Dirty Difficult Dangerous, about a Syrian refugee and Ethiopian domestic worker who fight for their love against the odds, is among five films that will screen in the work in progress section.

The latter project is the second feature from Barsaoui after A Son, which premiered to critical acclaim in Venice Horizons in 2019 and garnered the best actor prize for Sami Bouajila.

Three jury-based cash prizes will be awarded by the Red Sea Fund. There will be a $30,000 award for one of the films in the work in progress section. In the project market, there will be a $25,000 prize for development and $100,000 for production. Participating projects are also eligible for collateral awards funded by the Red Sea Souk’s sponsors and partners.

Jurors will include Palestinian director and producer Annemarie Jacir; Ahmed AlMulla, poet, scriptwriter and founder of the Saudi Film Festival in the Eastern Province city of Dammam; Alex Moussa Sawadogo, director of the Panafrican Film and Television Festival of Ouagadougou (Fespaco) and German producer Thanassis Karathanos, whose credits include The Gravedigger’s Wife, The Man Who Sold His Skin and It Must be Heaven. Two more jury members will be announced soon.

The project market will also present the 12 Red Sea Lodge projects which have been developed throughout the year in partnership with the TorinoFilmLab.

“In creating the Red Sea Souk, the festival is continuing to show its dedication to championing new talent that will showcase the diversity of unfamiliar stories and open the doors for industry-backed professional development and networking support,” said RSIFF director Edouard Waintrop.