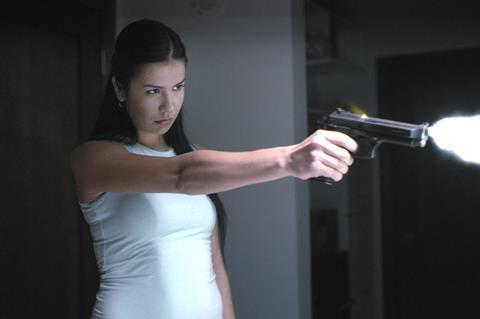 Genre specialists Devilworks handles sales on the project. The deal was negotiated by Galen Christy, founder of High Octane Pictures on behalf of Devilworks, and Jason Price on behalf of SP Releasing.

Incontrol stars Levi Meaden, Rory J.Saper Anja Savcic and Brittany Allen in the story of a group of university students who discover a device that allows them to take control of other people. It premiered at UK festival FrightFest in August 2017. Chris Ball and Kurtis David Harder served as producers.