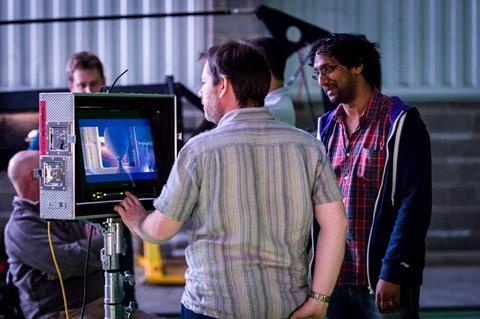 Set in the not-too distant future of space exploration, Origin Unknown will follow a mission controller investigating a mysterious object that has appeared on Mars. As he gets close to unravelling the mystery with the support of an artificial intelligence called Rainn, he soon realizes there is something much bigger at play.

Screenplay comes from Gary Hall based on a story by Dulull, who worked on The Dark Knight as part of the previsualization team and Hellboy II: The Golden Army as digital compositor.

The film is being financed by private investors.

Origin Unknown is one of four on the slate of Parkgate (Dementamania) producers Anis Shlewet and James T Ryan, who are also in development on The Reprise (dir. Chris Turner), Out Of Body (dir. Edward Boase) and Lucid (dir. Davie Fairbanks).

Executive producers are Scott Glassgold and Raymond Brothers of US-based management and production outfit IAM Entertainment, having previously worked on Dulull shorts Project Kronos (which is also being developed as a feature) and Sync.