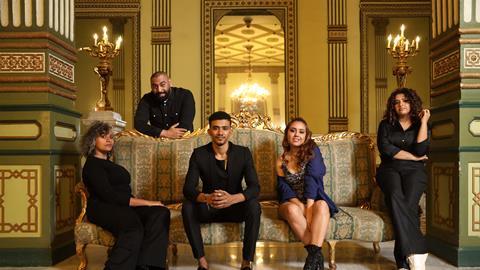 In our fifth edition of Arab Stars of Tomorrow, Screen International puts the spotlight on six emerging Middle Eastern and North African talents in the fields of acting and directing.

For the third year running, the edition has been organised in cooperation with the Cairo International Film Festival.

Click on the links below to read the profiles of this year’s stars.

This year’s edition comes in the wake of a busy year for many past Arab Stars of Tomorrow.

From the inaugural 2016 edition, Lebanese director Mounia Akl has been making waves on the festival circuit with her debut feature Costa Brava, Lebanon.

The film world premiered in Venice’s new Horizons Extra strand before going on to screen at festivals including Toronto, BFI London, where it picked up the audience award, and El Gouna, where it won the Fipresci award and the inaugural Green Star prize.

From 2017, Egyptian actor Ahmed Malek was on the set this spring of Sally El Hosaini’s upcoming drama The Swimmers, about the journey of two Syrian sisters from their war-torn country to the Rio Olympics in 2016.

He is also in the running in the best actor category of the Australian Academy of Cinema & Television Arts Awards (AACTA) on December 6 – the first ever Egyptian nominee – for his performance in Roderick MacKay’s first feature The Furnace, which premiered in Venice in 2020.

From the same cohort, Iraqi director Ayman Al Shatri is currently in production on short Happy Hour In Baghdad, about two young bootleggers operating in a city controlled by extremist militias, after receiving a grant from the Beirut-based Culture Resource’s production awards programme.

From 2019, Tunisian actor Fare Landoulsi was recently in the cast of Murad Ben Cheikh’s Ramadan family drama Awled El Ghoul and also stepped behind the camera to oversee a making-of film for Dhafer L’Abidine’s father-son drama Ghodwa, which world premiered in Cairo this year.

Moroccan actress Nisrin Erradi has just come off the set of Yasmine Benkiran’s road movie Queens, about three women racing across Morocco’s Atlas region to the Atlantic with the police in hot pursuit, which is expected to premiere at a festival next year.

Last year’s participants have also been making their mark.

Egyptian director Sameh Alaa spent the first part of 2021 as one of the filmmakers selected for the Cannes Cinefondation residence in Paris, working on the development of his debut feature I Can Hear Your Voice. Alaa was also on the jury of the short film competition at the Cannes Film Festival in July.

Saudi director Hana Alomair is gearing up for the shoot of Hind Al Fahad’s drama Sharshaf, about a couple whose marriage is shaped by rising conservatism in Saudi Arabia, which she is producing.

She has also recently been appointed chairperson of the new Saudi Cinema Association.