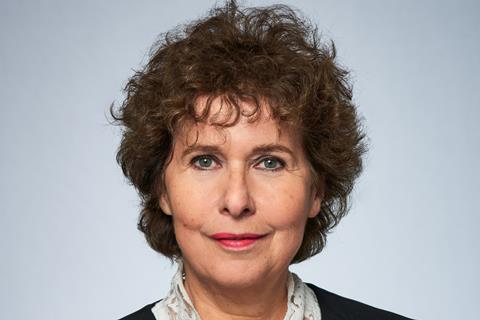 The Digital Forum was set up at high speed after the physical edition of Series Mania, which had been due to take place March 20-28 in the northern French city of Lille, was cancelled on March 11 because of the worsening coronavirus situation in the country.

“We set up the platform in a rush. By the time we were forced to cancel, we’d been working on the festival and industry forum for 10 months. We had all the series and projects lined up. We knew we had to make it exist somehow,” Herszberg told Screen as the virtual platform went offline on Tuesday (April 7).

Operating in cooperation with Cinando, the digital offering included some 40 new and soon-to-be completed series presented under the banner of the Buyers Showcase – including Channel 4 drama Adult Material and Basque separatist saga Patria – and another 37 pre-recorded pitches for works in development.

“Overall we’re pleased. There were some 1,500 accreditations by professionals who signed up and paid the €90 fee. Half of them were French, the next biggest group was from the US, and then Europe, followed by Brazil. That was interesting. It was thanks to a partnership with Globo TV which helped publicise the event over there,” said Herszberg, referring to the Brazilian TV giant.

Professionals hailed from some 40 territories overall. Around 60% of them were buyers, commissioners, producers, distributors and sellers, while 40% of users were screenwriters, programmers and journalists.

At the time of the physical event’s cancellation on March 11, some 2,000 professionals had registered to attend but Herszberg says this would have likely risen to 3,000 without the spectre of coronavirus in the backdrop.

Giving some initial figures on how the digital platform was used, Herszberg said: “We calculated that there were the equivalent of 83 days of screenings over the two-week period that the platform was live, with an average screening time of one hour and a half per participant. There were 10,000 visits to the Buyers Showcase, while the pitches generated 5,000 hits in total.”

On average, users watched around seven episodes each on the Buyers Showcase and 3.5 episodes in the section devoted to pre-recorded pitches.

“We were happily surprised by the incredibly creative and imaginative pitches. One creator used his children’s Playmobil figurines while another team shot their pitch on the roof of their building. I think this will feed into future Series Mania pitching sessions, which will never be the same again,” she added.

One area where the digital edition struggled, revealed Herszberg, was in replicating the buzz and interaction of the physical event.

She noted that while projects would usually have some 30 to 35 meetings during the physical event, there were on average 12 messages signalling interest per project via the platform.

“We’re still figuring this out. I think one of the challenges we faced was that we launched the event just as much of Europe was going into lockdown and grappling with the logistics of homeworking and what the pandemic means for the TV business,” she said.

“It also shows how important physical real-life events are for creating buzz and connecting professionals. People are not ready to work virtually at any cost. They still want face-to-face contact and most are not going to invest €100,000 in a project on the basis of an online meeting.”

Herszberg said the Series Mania team would be consulting with the project teams in the coming days to see what more it could do to connect them with potential partners.

“A key lesson we’ve learned is that as a festival and industry event we need to intervene more to make sure projects connect with the right people rather than leaving the participants to figure it out themselves,” she said. “This was our attempt at this so I am pleased with the results but we learned a lot of lessons.”

Like everyone in the film and TV industry, Herszberg hopes Covid-19 will be under control by the time the 2021 edition rolls round next year. Her plan is to run the Digital Forum again alongside the physical event.

“Nobody knows what is going to happen now. Will people want to or be able to travel? Will they be more selective about their travel? Our aim would be to run the convivial festival and industry event we are known for, with the online platform running alongside to extend our reach to those not physically in Lille.”