Sir Stephen Spender drama in the works from 'Palio' director 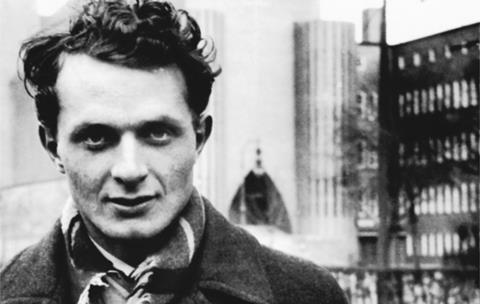 English poet, novelist and essayist Sir Stephen Spender is to be the subject of a new feature by his granddaughter, the documentary filmmaker Cosima Spender (Palio).

The London-based director told ScreenDaily:  “I’ve written a short fiction that I’d like to make into a feature. It has been researched as a documentary and is based on the moment my father realised his father was homosexual.

“It’s about a family Christmas when a mother goes away and the father invites a young writer to stay with the family.”

“It’s not a biopic,” continued the director, whose previous credits include 2011 documentary Without Gorky, which charts the influence on her family of her maternal grandfather, the artist Arshile Gorky.

“It’s a slice of his life and will explore the emotional dynamics at play within the family,” she added.

“Beyond that dynamic there is a desire for an artist to have a muse and creative freedom and that often came from experiences that were unconventional.”

A communist party member in the 1930’s he was active during The Spanish Civil War where he met Ernest Hemingway and was briefly imprisoned in Albacete.

The writer – who is the subject of an upcoming biography written by Cosima’s father, Matthew Spender - was married twice but also had multiple relationships with men, leading to debate about his sexuality.

The film will be the next documentary released in the UK [Sept 25] by Amy distributor Altitude Film Distribution, which is teaming up with Picturehouse on the release.