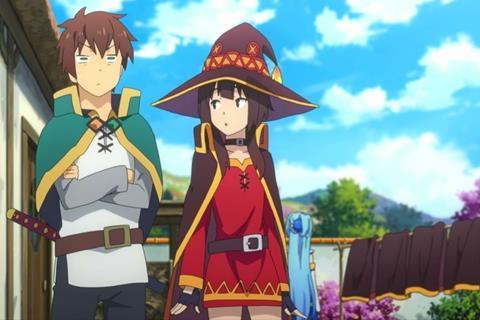 Crunchyroll has distributed titles including ‘Konosuba!: God’s Blessing on This Wonderful World! - Legend of Crimson’

Following the deal, Crunchyroll will expand distribution and its content offering.

The acquisition is the climax of a process that began in February this year, and is subject to customary procedures. AT&T will use the proceeds to aid its debt reduction.

Sony Group Corporation chairman Kenichiro Yoshida said: “Anime is a rapidly growing medium that enthralls and inspires emotion among audiences around the globe.

“The alignment of Crunchyroll and Funimation will enable us to get even closer to the creators and fans who are the heart of the anime community.”

SPE chief exec Tony Vinciquerra added: “With Crunchyroll and Funimation, we are committed to creating the ultimate anime experience for fans and presenting a unique opportunity for our key partners, publishers, and creators to continue to deliver their masterful content to audiences around the world.”