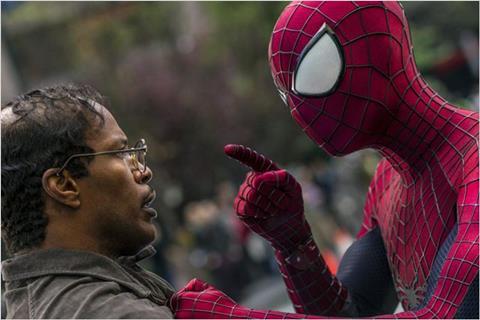 A superhero once again leads the way at the UK box office with The Amazing Spider-Man 2 dethroning Captain America over the Easter weekend.

The Amazing Spider-Man went on to take $43.7m (£26m) in the UK for the lowest return of any Spider-Man outing, so the sequel has a steady base to build on as it aims to surpass that tally.

Unsurprisingly taking a hit with the arrival of a fellow superhero, Captain America: The Winter Soldier fell just over 50% on its way to $1.4m (£832,000).

From one site and one show at the ICA in London, Reaching for the Moon grossed $885 (£526) through Peccadillo Pictures.

This week sees saturation releases for Fox’s The Other Woman (opens April 23) and Entertainment’s Transcendence, following previews over April 18-21.

eOne’s Tracks, Artificial Eye’s Exhibition, Peccadillo Pictures’ Cupcakes and Metrodome’s We are the Freaks are among the films receiving a limited release.