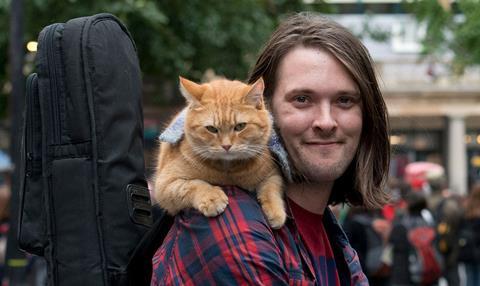 A Street Cat Named Bob, the adaptation of James Bowen’s best-selling novel, is set to start shooting in the UK this month.

Production will take place at Twickenham Studios and on location in London, primarily Covent Garden, from Sunday October 25 and will last for six weeks in total.

The film is produced by Adam Rolston for Shooting Script Films, the project will be the company’s debut release.

Damian Jones is an executive producer alongside Tim Smith and Paul Brett for Prescience.

The Exchange are handling international sales.