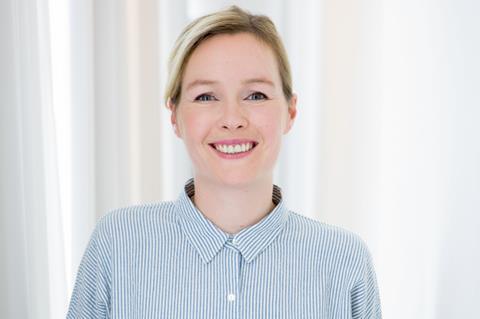 Paris-based Cherel, who previously focused on feature film sales, will now oversee international sales for both feature films and TV series. She will report to Studiocanal CEO Anna Marsh.

In a related move, Chloé Marquet, a long-time member of the sales team based in France, has been promoted to head of international film sales.

Cherel joined Studiocanal in 2011, working first in library sales before segueing over to film sales in 2012 and then moving up the ranks to become head of international sales in 2017.

“It is so gratifying to see Anne lead this vital area of the business. Our highly sought-after content is in the best possible hands,” commented Marsh.

In London, Beatriz Campos has been promoted from head of international sales TV to SVP global sales and production financing. In this new role, she will implement and deploy a global commercial strategy for the international financing and distribution of Studiocanal TV productions and third-party opportunities.

Campos, Marquet and Aska Yamaguchi – who has been head of international digital sales since 2017 – will all report to Cherel.

“Our presence in Paris and London is invaluable together with our global reach, and we very much look forward to driving our content forward supplying our partners with first-class material,” commented Cherel.

Upcoming Studiocanal feature films due for release in 2021 include female-assassin thriller Gunpowder Milkshake; love story The Last Letter From Your Lover; Louis Wain, a biopic exploring the life of the titular UK artist known for illustrations of cats; and A Boy Called Christmas, adapted from Matt Haig’s best-selling children’s book.

The company is currently in the process of sellling Tomas Alfredson’s recently announced The Jonsson Gang, which reunites the studio with the director after their previous collaboration on Tinker Tailor Soldier Spy.

New TV series include Berlin-set, post World War Two thriller Shadowplay, which features Taylor Kitsch, Michael C Hall and Nina Hoss, and comedy drama Finding Alice, starring Keeley Hawes as a woman coming to terms with the sudden death of her long-time partner and the discovery of secrets he kept from her.