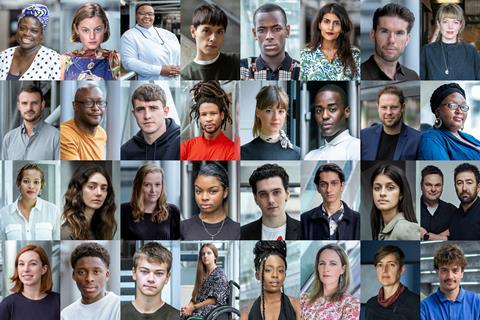 Screen International is delighted to announce that nominations are open for Screen Stars of Tomorrow, our annual portfolio of new talent from the UK and Ireland, now heading into its 18th year.

Nominations open from April 1, 2021, and will close one month later on May 1 in the drive to find new actors, directors, writers, producers and heads of department to present to the industry later this year.

Although confined to the UK and Ireland, Screen’s Stars of Tomorrow talent initiative has proved itself to be the global film industry’s most successful new talent showcase with an unrivalled track record for discovering actors and key creatives, many of whom have gone on to win Academy Awards and Baftas and become household names (see below).

Informal industry submissions and recommendations are welcome, and should be emailed to screenstarsoftomorrow@gmail.com. These should include a brief bio; contact details; and an endorsement.

Applications are open to UK and Irish nationals who are long-term residents of either country. There is no upper or lower age limit, but candidates should be new to the film industry.

Screen International’s reviews editor and chief critic Fionnuala Halligan will take charge of the selection process for the 11th consecutive year in 2021.

Last year’s Stars of Tomorrow were unveiled under lockdown conditions after a socially-distanced shoot at the BFI Southbank in London with a live Zoom presentation. In 2021, Screen is hoping to announce with a reception in October and an online element.