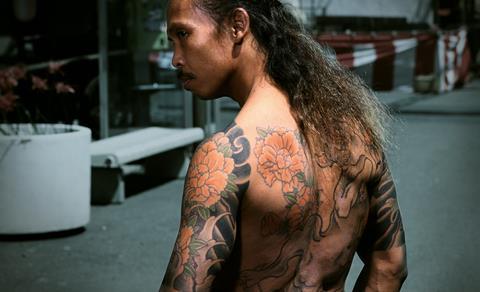 Billed as the world’s first yakuza vampire movie, Yakuza Apocalypse: The Great War Of The Underworld is currently in production for a 2015 theatrical release in Japan. Nikkatsu is launching sales in Cannes.

The Japanese studio already has an Indonesian connection as it recently co-produced Killers, directed by Indonesia’s Kimo Stamboel and Timo Tjahjanto.

Scripted by Yoshitaka Yamaguchi, Yakuza Apocalypse stars Ichihara as a yakuza underling who discovers his boss is a bloodsucker, only to get bitten himself before going up against a gang of deadly international assassins. Ichihara previously starred in TV series Rookies and Miike’s 2008 God’s Puzzle.

Ruhian, who plays one of the international assassins, specialises in the Silat style of martial arts and also starred in Gareth Evans’ Merantau before The Raid and The Raid 2.