Leading European talent agent Richard Cook has called for a radical re-thinking of both the European film festival system and of public funding bodies like Eurimages and MEDIA. 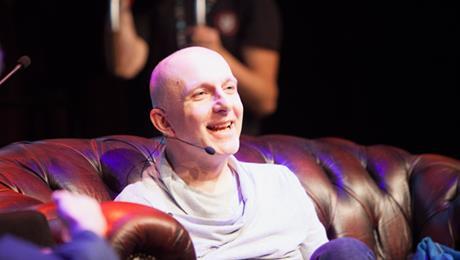 Cook also called for festivals and funders alike to pay far more attention to talent development, during the Binger-Screen International interview at the Netherlands Film Festival in Utrecht.

“Within the European funding bodies, there is a misplaced emphasis on distribution; that somehow most of European film’s problems relate to a deficit in this area,” said Cook, co-founder of Dublin and London-based The Lisa Richards Agency, whose clients include Pierce Brosnan and Cillian Murphy.

“The problem isn’t one of distribution, it is one of too many bad films made that the public has no interest in seeing. Europe should focus on funding less films and better ones. This implies a more detailed approach at an early point in the process, specifically at script stage.”

The agent added that “MEDIA and Creative Europe in general strikes me as a very slow moving unwieldy beast… The ongoing attempt to try and objectify the means by which funding is allocated is truly depressing and unworkable.”

“I think the current means of funding encourages a generation of ‘grantrepreneurs’, very good at getting money, they know how to fill out the forms but don’t have any passion as producers,” he observed.

Cook called for those working in agencies like Creative Europe and Eurimages to have far shorter terms in office and be far more accountable.

“You get the sense that these organisations forget that they’re spending citizen’s money,” he added. “The ‘one size fits all’ approach from Creative Europe is a problem because the needs of individual countries vary so vastly; it makes absolutely no sense at all.”

“Too many film festivals are obsessed with staging premieres; this is largely to protect their status as A, B or C events on one hand and producer and distributor demands on the other,” said Cook.

“This drive to exclusivity is actively working against the public’s opportunity to see good films in different cities.”

Cook likewise argued that directors of some of Europe’s major festivals have been in their jobs for too long.

“It is a closed shop. Where are the opportunities for these young festival directors?”

The Lisa Richards boss also suggested there was “too much consensus” in the way these festivals worked. “I am in favour of disruption. All these film festivals look the same, the same badges, the same people, it is like a giant club. A lot of subsidy goes into making movies that no-one ever goes and sees.”

Cook - who represents clients from Finland, the Netherlands and many other European countries as well as from Ireland and the UK - noted the way that US agencies are currently targeting European talent.

“There are countries that America has been slower to get its claws into, Belgium and Netherlands among them,” Cook said.

“People are obsessed still with going to Hollywood. I think that is so misplaced as an idea. If you look at Matthias Schoenaerts, Alicia Vikander and Joel Kinnaman, they got their breaks because they were really good in films in their country.

“When I go to conferences like Shooting Stars in Berlin with panels on “how to get to Hollywood,” I say: “Guys, crank it back to where it really matters, which is doing really good work in your own country.”

Cook himself has founded several successful festivals in Ireland. These include SUBTITLE, which showcases European subtitled films, The Cat Laughs Comedy Festival (whose guests have included Bill Murray and Graham Norton) and Kilkenomics, a festival at which leading economists are grilled in public by comedians.