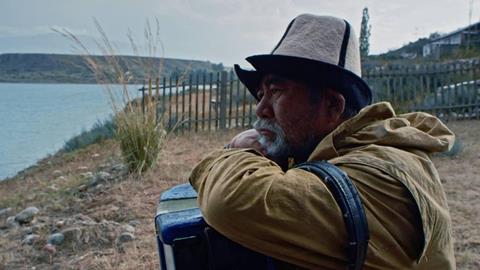 The film from Kyrgyzstan was one of ten films to get its world premiere in the official selection, and tells the story of a man who falls in love with a young woman he accidentally injures when en route to avenge the death of his family. It is based on Talip Ibraimov’s book The Old Man and the Angel.

Jury president and founder of DDA Public Relations Dennis Davidson said the film “captured the jury’s hearts for its simple yet immersive story of a man who had been tortured by life’s travails.”

He furthered: The accident gives him [the older man] a rich opportunity to enlighten his being and makes for a distraction from an even darker journey.”

Best director was awarded to South Korean filmmaker Ju-hyoung Lee who was in Tallinn with his second feature Excavator (Poclain). Based on the screenplay by Kim Ki-Duk (whose won the 2004 Berlinale Silver Bear for Samaritan Girl and Venice’s 2012 Golden Lion for Pieta), the film charts the story of an excavator who discovers the remains of executed students who had taken part in South Korean protests during the 1980s.

The film was also awarded the ecumenical jury prize.

Baris Bicakci and Pelin Esmer nabbed best screenplay for the Turkey-France-Netherlands-Germany co-production Something Useful (Ise Yarar Bir Sey), while Rhys Ifans took the best actor prize for his portrayal of Dylan Thomas in Steve Bernstein’s Dominion which depicts the self destructive artist in his last days.

Barbara Auer won best actress honours for her role as a mother who discovers she is HIV-positive ahead of her 35th wedding anniversary in Christine Repond’s relationship drama Vacuum (Vakuum). The German actress is known her roles in The Book Thief (2013) and The State I Am In (2000).

Isabel Prahl’s Different Kinds of Rain (1000 Arten, den Regen zu beschreiben) won best film in the first feature competition. The German director’s feature debut tells the story of a family who is forced to confront its issues after their son locks himself in his room.

The Marriage was also awarded the FIPRESCI critics prize “for its portrayal of a longing for love, whatever the sexual orientation may be, and for the director’s demonstration of the illusion of happiness,” said jury member and Hungarian film editor Kata Orsolya at a festival press conference held before the awards. The FIPRESCI prize is selected soley from the first feature competition.

The Rebel With a Cause Award went to The Wild Boys (Les Garçons Sauvages) from French director Bertrand Mandico which tells of five adolescents who commit a savage crime.

Meanwhile, in the Estonian film section, Rainer Sarnet was awarded best Estonian film for his fifth feature film November. The film was previously awarded best cinematography at this year’s Tribeca Film Festival and is based on Andrus Kivirähk’s bestselling Estonian novel Rehepapp about magic, black humour and romantic love in a pagan Estonian village.

The festival screened 285 feature films from 70 different countries. It hosted a total of 909 screenings in 24 cinema venues and registered around 1,200 accredited guests, an uptick on last year when around 1030 attended.

The screening that sold out the fastest was the international premiere of Finnish box office hit The Unknown Soldier. 25 films screend 35mm while the rest played on digital.

Total festival attendance is currently estimated at around 80,000.