TF1 closes deals on Once in a Lifetime 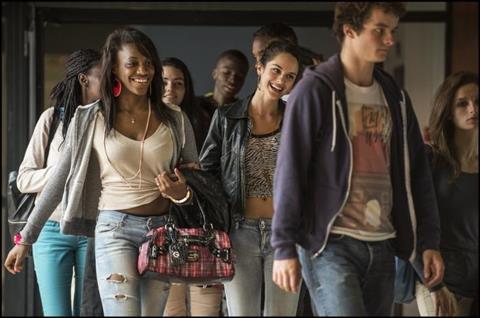 Heartwarming, inner city classroom drama Once in a Lifetime (Les Héritiers), which is screening in Ecrans Juniors in Cannes, has scored top marks with buyers.

UGC will release the film in France on October 1.

Filmmaker Marie-Castille Mention-Schaar, whose previous credits include Bowling, is in Cannes this week to present the film to the youthful audiences of Ecrans Juniors.

The film revolves around a high-school teacher who is determined to give the best education she can to her tough, underprivileged pupils.

In a bid to get them motivated she challenges them to enter a national high school revolving around the theme of “children and teenagers in Nazi concentration camps”. They rise to the challenge.

Ecrans Juniors, which is organised by local cinephile organisation Cannes Cinema, presents eight features suitable for a teenage audience on the fringes of the Cannes Film Festival.

Other hot titles on TF1’s slate include the French multicultural marriage comedy hit Serial (Bad) Weddings which sold to several territories early on in the market.