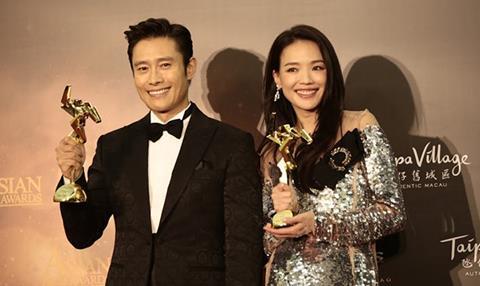 The Assassin dominated this year’s Asian Film Awards, winning eight of the 15 prizes announced on the night.

Other winners on the night included best actor Lee Byung-hun [pictured left] for his role in Min-ho Woo’s crime drama Inside Men, Asano Tadanobu for his supporting turn in Kiyoshi Kurosawa’s romantic fantasy Journey To The Shore, and Jia Zhangke for his Mountains May Depart screenplay.