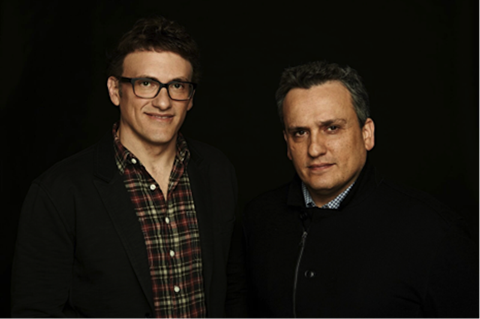 Peter Baxter, president and co-founder of Slamdance, and directors Anthony and Joe Russo, have announced the inaugural Russo Brothers Fellowship to be presented to a Slamdance filmmaker at the 2018 Slamdance Film Festival.

The brothers will select one filmmaker who will receive a $25,000 prize consisting of filmmaker support, an office at their new Los Angeles-based studio, mentoring from the Russos, and a cash stipend for one year.  The Russos’ new studio is being set up in the Los Angeles downtown art district.

The Russos launched their career at the 1997 Slamdance Festival with the premiere of their first film Pieces. Steven Soderbergh, who was attending the festival, offered to produce their next film, Welcome To Collinwood starring George Clooney, William H Macy, and Sam Rockwell. The Russos made their Marvel Studios directorial debut with Captain America: The Winter Soldier.

Their follow-up, Captain America: Civil War, achieved the highest worldwide gross of 2016. The Russos are currently shooting Avengers: Infinity War and the yet-to-be-titled Avengers 4. They are also Emmy-winning directors and experienced in the  TV comedy space with shows like Arrested Development, Community, and Happy Endings. They are currently making a return to TV producing, most notably with Sony Pictures TV’s Deadly Class.

“We’re very proud to partner with Slamdance,” the brothers said. “Having begun our careers at this festival, we’re honoured to partner with such a great organisation, and to foster and support young filmmakers while creating a platform for new and emerging talent.”

Baxter said: “Joe and Anthony embody what Slamdance’s community is all about. Their artist driven partnership and open studio environment takes our support for emerging filmmakers to the next level. Thank you both for this fantastic fellowship and growing our organisation.”