This Way Up 2016 wrap: audiences, VR in the spotlight

The 2016 edition of the UK exhibition conference took place in Glasgow, November 29-30. 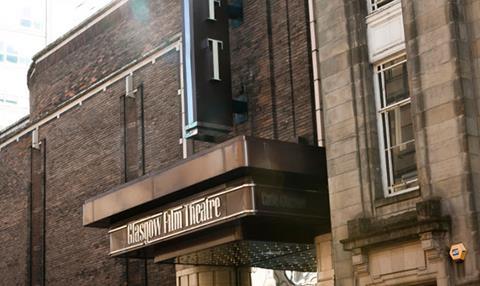 Topics in the spotlight at the 2016 edition of This Way Up – the annual UK exhibition conference aimed at independent cinemas – included changing audiences, ticket pricing, and virtual reality.

While attending independent industry expressed concern around Brexit and challenges to audience growth, the conference also sounded a largely positive note about the UK film business.

Film data analyst and researcher Stephen Follows was in Glasgow to deliver a lecture in which he highlighted some of the growing trends around cinema audiences.

Follows was keen to point out that the overcrowded release calendar is representing a real challenge for exhibitors and filmmakers alike. Focusing on the independent sector, he noted that two-thirds of UK releases were classified as “indie or specialist” but that they represented “a small fraction of the box office”.

The competitive marketplace represented opportunities but also significant challenges, said Follows, showing statistics displaying that while cinema admissions have significantly dropped (the peak year was back in 1946) the number of films made has continued to rise.

As revealed at last week’s Screen Film Summit, there will be a record 900 films released in UK cinemas in 2016.

“Supply and demand is not efficient in the film industry,” he commented.

Blockbusters continue to dominate cinemas, and smaller releases, in particular foreign films, are struggling to find any space in the market.

Follows revealed that 37% of all releases in the UK were non-English, but they only accounted for a tiny 2% of total box office. “There’s a diverse language of movies but they don’t motivate the box office,” he commented.

Another topic on the agenda at This Way Up was the burgeoning field of virtual reality.

The mood around VR and how it could integrate with cinemas – and ultimately whether cinemas will be able to make VR work as a business model – was largely positive, but there were questions around the quality of content on offer and the prohibitive cost of buying the required technology.

“It’s still embryonic,” said Melanie Iredale of Sheffield Doc/Fest, who headed up the Notes On Blindness VR tour this year. “It’s just starting out, everyone is experimenting.”

“We’re interested in the opportunity it offers for people to tell their stories,” she added.

The panel agreed that VR can be a communal cinema experience, but that there was still work to be done on how to make this work. A short clip from the VR Cinema in Amsterdam [watch below] – said to be the first cinema space dedicated to virtual reality – illustrated that communal VR experiences are at least a possibility.

Panelists Johanna Koljonen (of the Nostradamus Project) and Jörg Tittel (a filmmaker currently working on VR projects) were both quick to highlight that the currently available selection of VR experiences is limited, with many of the VR films made this year not of the required quality to help the medium break out.

Notable exceptions include Notes On Blindness: Into Darkness, Aardman’s We Wait, and the BBC’s Spacewalk (arguably a game, but a tricky distinction to make at this time, the panel argued).

“The more people do it, the more they will expect high quality,” Tittel said. “As people get used to this technology they will want more from it.”

“There’s a challenge here. A lot of VR is kind of shit…and VR doesn’t really get consistently reviewed at the moment. All of this is happening so fast,” added Koljonen. “People like to call VR the empathy machine – right now it’s not that, but good VR pieces can be.”

Delivering a summation of the BFI’s recently revealed five year plan for 2017-2022, BFI CEO Amanda Nevill’s closing remarks at the end of This Way Up 2016 marked an optimistic note for filmmakers considering a move into the virtual reality space.

“When the BFI was invented you could only see a film on the big screen. We have always managed to adapt,” she said. “We just want to get behind great filmmakers. We’re really excited about opening up our funds to allow creative filmmakers to expand their minds.”