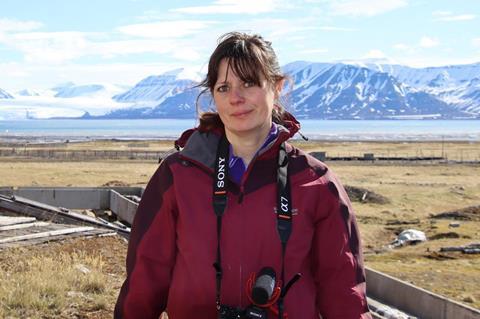 Nicole Paglia’s UK-based drama Molly was the winner of the third edition of the Script Pool Film Competition for writers and producers at the Black Nights Film Festival in Tallinn this week.

Set in Soviet Russia in the 1960s, Molly tells the real-life story of a US defector and DJ who broadcasts US pop music into a top-secret US military base buried under the ice in Greenland

US-born, London-based Paglia has previously won the Bafta Rocliffe New Writing award along with Daniel Brierley for the script American Nails. Her short The Intervention was shortlisted for the Funny Comedy Award, and in 2016 she was a semi-finalist in the Final Draft Big Break screenwriting contest.

Jessie Mangum is producing the project. She was attending Black Nights with Rene van Pannevis’ First Feature Competition title Looted, which won the FIPRESCI prize at the festival.

Molly was chosen from six finalists that include Icelandic project Reply To A Letter From Helga from writer-director Asa Hjorleifsdottir whose first feature was The Swan which premiered in Toronto in 2017.

The winner of the Script Pool’s first edition was romantic drama The Sky Is Pink from Indian writer-director Shonali Bose. The film was a gala premiere at Toronto this year. Bose’s previous credits include Amu and Margarita With A Straw, both of which enjoyed extensive festival runs.

Organisers say the future direction of the Script Pool prize is under consideration. While previously it was only required for scripts to be in development, from next year eligible projects may need to have some financing in place.

“When the finance is ready, that usually means the script is ready,” said programmer Triin Tramberg

While Molly is still in early development, with Script Pool as the first place where Paglia and Mangum have formally pitched the film, the writer and producer are encouraged by the positive response.

“It’s a relief to know that we’re not the only ones who are fascinated by this world and these characters from both Soviet Russia in the 1960s as well as the base that was known as Camp Century,” said Mangum.

Paglia pointed out the base is not so underground anymore because of climate change.

“When I read about this base and its underground tunnels in the ice, it captured my imagination,” said Paglia. “And when I found out about the radio broadcasts going on there, I thought it was such a bizarre world that had not come to light before.”

Mangum is aiming to set up the €4m project as a co-production to help secure locations where they can shoot the Arctic landscapes, 1960s Moscow and the interior of the military base which is built into the ice. She estimates that it will be built in a studio.

Conversations have started in Tallinn with potential partners from the Baltics and Scandinavia.

Mangum said the award will be used for further development in the project’s early stages and is a huge tick of approval as they start to approach directors. Both Mangum and Paglia are keen to attach a female director out of the UK or one of the co-production territories.