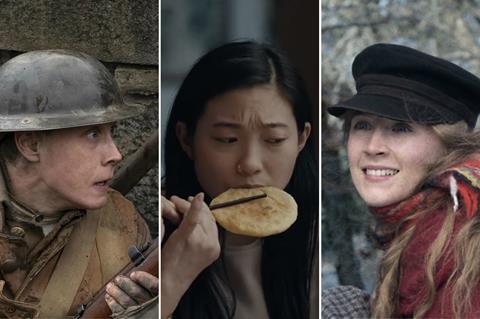 The UK box office in 2020 is showing significant improvement on 2019: up 18% for the first seven weeks of the year (January 3 to February 20 inclusive), compared to the equivalent period a year ago. The numbers were announced at the launch of the Film Distributors’ Association yearbook in London today (February 26).

Particularly strong box office for awards-season titles such as eOne’s 1917 (£41.6m so far) is underpinning the strong performance. Sony’s Little Women, released December 26, has grossed £21.6m – much of it in 2020 calendar year.

While the UK cinema sector is encouraged by the performance, it is worth noting both January and February were notably weak for UK cinemas in 2019. For the first eight weeks of 2019, UK box office was 23% down on the equivalent period of 2018.

The Bollywood sector experienced a disappointing 2019 at UK cinemas, with no single title reaching £1m. The top 15 titles collectively grossed £8.4m. In 2015, Bollywood peaked in the UK with the top 15 titles grossing £13.4m.

Non-Bollywood foreign- language film performed much better, with the top 15 titles delivering a 13% rise on 2018, powered by hits including Pain And Glory and The Farewell.

Notable by their absence from the top 15 foreign language chart in 2019 are any films distributed by Curzon Artificial Eye – traditionally the dominant player in the foreign- language arthouse space.